The Men In Blue overcame their early series crisis to put on a clinical performance that has brought life back into the series. After a close defeat at Birmingham and a humiliating defeat at Lord’s, skipper Virat Kohli was met with the perfect response from the Indian team.

While the hosts began the series on an impeccable note, they are plagued with injury and form concerns. Root is posed with several headaches at the moment with the openers’ barren run being one of the major concerns. 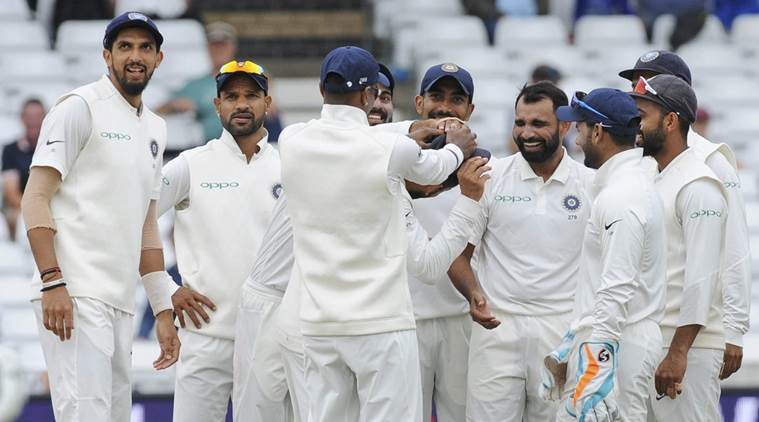 India would be on the lookout to avoid a repeat of the last time they visited the Rose Bowl. It was England who had the upper hand with a massive 266 runs. While the Rose Bowl in Hampshire is set to host International cricket for the first time in four years, it has remained off the radar with a majority of the fixtures being held at the top venues of the island.

Despite the inclusion of youngsters Prithvi Shaw and Hanuma Vihari in place of the misfiring Murali Vijay and Kuldeep Yadav, the 29-year-old is unlikely to make any changes to the winning combination. Although, persistent injury concerns to all-rounder Ravichandran Ashwin may force Kohli to initiate a change, thus keeping the trend of never fielding the same line-up for consecutive tests alive.

Whereas England who revealed their playing XI in advance made two huge changes. Moeen Ali and Sam Curran made their way into the eleven with Chris Woakes and Ollie Pope facing the axe.

The two skippers had some strong words heading into the fixture with Virat Kohli emphasising on the never-say-die attitude of the Indians while Root banking on the squad’s character to seal the deal for the English.

Kohli: “Right now we understand that we are in a very exciting position to have gained momentum at the right time in the series and to have played like that when 2-nil down when everyone thought that it is going to be a clean sweep or we are going to be rolled over.”

Root: “Even though we struggled last week, one thing you can never say about this group of players is that they lack character. Whenever in the past we have had a bad week, we usually bounce back pretty strong. I expect that to be the case this time around. There will be people with a point to prove.”

England vs India: Predicted XI for the Men In Blue – Prithvi Shaw To Make Debut?