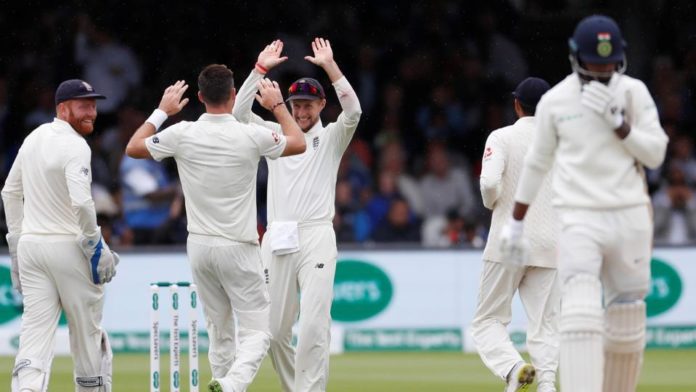 The contrasting display of play from both sides ultimately headed towards England’s favour at Lord’s with a victory by an innings and 159 runs to gain a 2-0 lead over the visitors.

England win the 2nd Test by an innings and 159 runs.

The rain gods showed no mercy as Day 1 was called off without any action. However, despite constant interruptions, play finally resumed on Day 2 which saw India bundle out for 107 with James Anderson snatching a five-wicket haul. 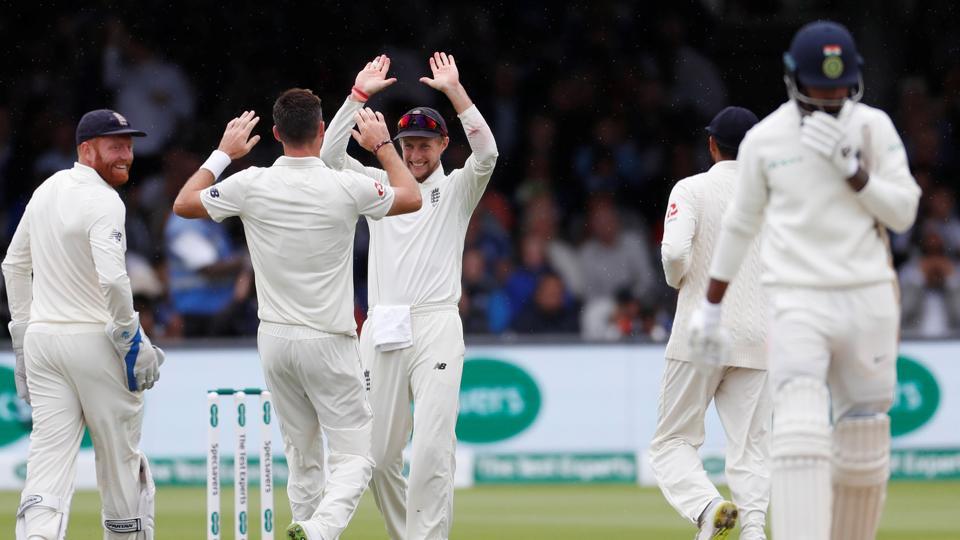 Sunny skies paved way for England as they latched on to the hapless Indian bowling line-up to pile up 396-7, where Chris Woakes notched up his maiden test hundred with Jonny Bairstow providing company with a solid 93.

With the trail being a huge margin of 289 runs, India’s second innings just happened to be an action replay of the first. The openers yet again failed as Murali Vijay was dismissed for a duck and KL Rahul following suit shortly after. A tame display by the middle order which saw no one surpassing the 20-run mark reduced the visitors to 61-6 courtesy of a brilliant spell by Stuart Broad.

One of *those* @StuartBroad8 spells! 🔥

A lone unbeaten knock of 33 by Ravichandran Ashwin helped India cross the three-figure mark before ultimately collapsing for 130.

The Men In Blue are in a heap of trouble heading into the third test at Trent Bridge. Persistent back problems for Kohli along with the numerous blows suffered by Ashwin on the fingers add to the pressure for the hosts who have been scarred by the English in the series so far.

Cricket : Anderson claims that he doesn’t feel old yet and can play as long as he wants to