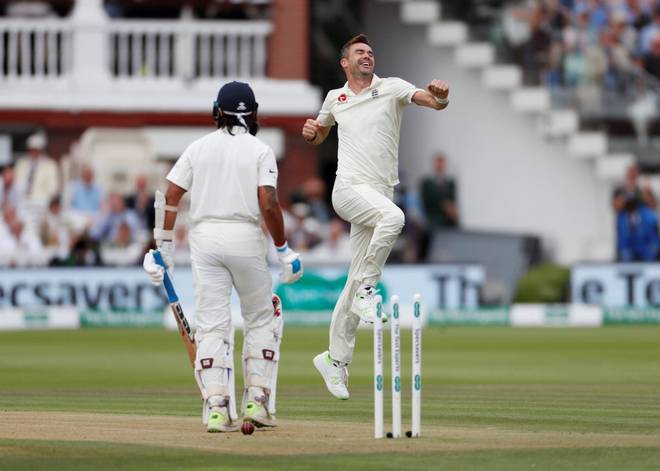 While the rain gods steered clear at times to give a day’s play, it turned out to be a disastrous day in the office for Virat Kohli and co. The visitors crumbled down to post only 107 in their first innings to end the day’s play.

England captain Joe Root won the toss and elected to bowl to begin the proceedings, the English bowlers did not waste any time as they snapped up the openers Murali Vijay and KL Rahul in quick succession to reduce India to 10-2.

Cheteshwar Pujara, who came in for the out of favour Shikhar Dhawan had a torrid time in the middle before involving in a huge mix-up with Virat Kohli to lose his wicket after just scoring 1 off 25 deliveries.

Just because, here's that Che Pujara run out with added Fazeer Mohammed 🔊

While Virat Kohli managed to negotiate the probing English seamers, the skipper too fell prey to Chris Woakes for 23. A lacklustre display by the middle and the lower middle order ensured India did not have enough runs on the board.

Meanwhile, James Anderson returned to clean up the tail to pick up his five-wicket haul and his 99th wicket at the home of cricket.

The visitors head into day 3 with a change in the bowling setup which sees the inclusion of Kuldeep Yadav in place of Umesh Yadav.