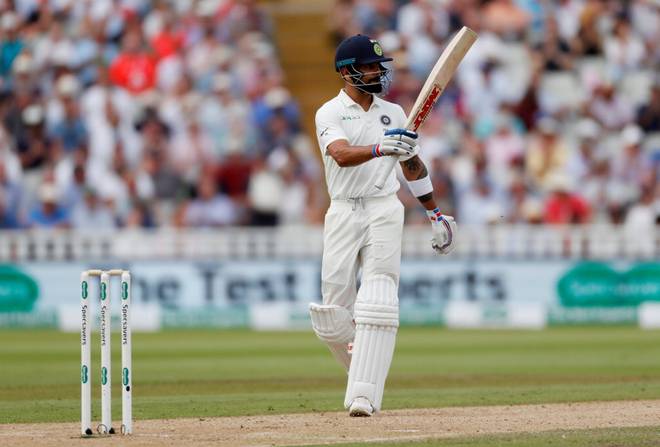 Indian skipper Virat Kohli turned up with one of his finest performances in the white shirt under turmoil to silence his critics. After wrapping up the England innings on 287, the Indian openers had an optimistic start before Sam Curran turned things upside down in a dream spell.

The 20-year-old left arm seamer sent both the openers and KL Rahul to leave India in a spot of bother. Despite Kohli and Rahane steadying the ship for a while, Ben Stokes struck twice to dismiss Rahane and Karthik leaving the Blues at 100-5.

While batsmen fell around like pins, the Indian captain stood like a rock despite presenting two chances which were put down by Dawid Malan at second slip. Kohli proceeded to notch up his maiden half-century in England soon after the departure of Hardik Pandya.

The Indian tail-order managed to stick around as Kohli played with caution to minimize the lead. Kohli soon reached his 22nd hundred and shifted gears to frustrate the English bowlers.

The x-ray has confirmed no fracture.

Jos is unlikely to return today, and will continue to ice his finger to reduce the swelling.#EngvInd pic.twitter.com/MoGq6PvX0x

Kohli’s well-played knock of 149 came to an end with a soft dismissal leaving India only 13 behind England’s total in the first innings. The visitors ended the day on a high after Ashwin struck yet again to dismiss Alastair Cook for a duck, leaving the hosts on 9-1 at stumps.