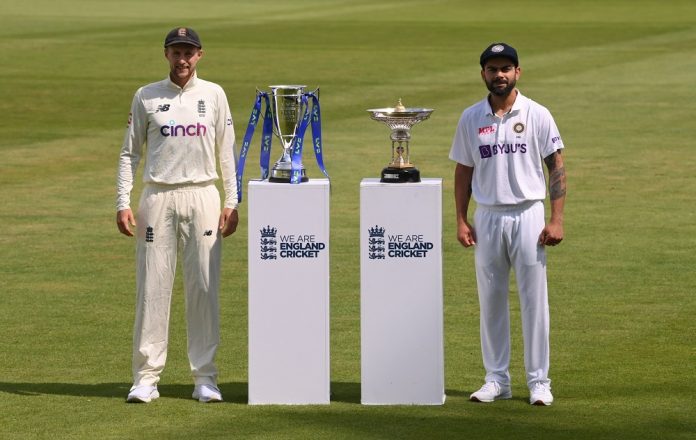 After lagging behind 0-1 after the Lord’s Test, England bounced back at Leeds to secure an innings and 76 runs win over the visitors to level the series. The host completely dominated Virat Kohli and Co at Leeds bowling them out for mere 78 runs in the first innings and then picking up 8 wickets in just 63 runs in the second innings to register a thumping victory.

While Joe Root and Co. will be looking to carry forward the momentum, the Virat Kohli-led Indian side will be eager to bounce back and take the lead in the series.

In that context, India and England will be keen to take the upper hand in the series with a win. Both the teams will make some changes, and more with India than England.

England is one place where conditions change every session. There are too many ifs and buts, at Oval, there is extra bounce but there is not much movement. You cannot use saliva these days so it might make it a little difficult for the bowlers.

With the next two Test matches set to be played at venues that historically assist quality spin – Virat Kohli and the Indian team management would be tempted to play their premier spinner Ravichandran Ashwin at Oval and Manchester.

Ashwin, who played a crucial role in India’s Test series wins in Australia and at home against England, hasn’t been able to find a place in the playing XI as India have preferred the services of all-rounder Ravindra Jadeja over the senior spinner.

On the other hand, India’s senior-most pacer Ishant Sharma may not find a place in the playing XI in the remaining two Tests against England after an indifferent show in the third match, which the visitors lost by an innings and 76 runs.

England wicketkeeper-batsman Jos Buttler will miss the fourth Test at the Oval because of the expected birth of his second child, but Chris Woakes has been passed fit to rejoin the squad, team management announced on Sunday. Buttler, vice-captain to Joe Root in the ongoing absence of star all-rounder Ben Stokes due to mental health issues, has been short of runs in this campaign, with the highest score of 25.

Jonny Bairstow, selected purely as a batsman at Headingley, his Yorkshire home ground, will take over the gloves when England and India meet again in London on Thursday.

In the 2018 series, Kohli left alone 211 balls of pace out of 818; this series he has not offered a shot 70 times out of 207. He is actually leaving alone much more frequently this series; make allowance for the rate to come down as innings go longer, and you will have him leaving at a similar rate as in 2018.

Kohli is just up against a highly skillful bowler surrounded by a highly accurate attack. It is not like he is going chasing every other outswinger, they are earning the mistakes he is making by creating the doubt that his inside edge is in play. India’s batting has looked shaky so far, with not one batsman shouldering the responsibility to hold the innings together.

The fact that this has been the trend throughout the series will worry coach Ravi Shastri. Skipper Kohli’s battle with James Anderson has made the headlines, but the fact that the 39-year old Anderson has got better of Kohli at every opportunity shall hurt the Indian captain’s ego.

All in all, the Oval in many ways presents the best chance for India to bounce back given the traditionally flat surface. It is up to Kohli and Co to make the most of it.

Vasu Paranjape, mentor of Sachin and Gavaskar, passes away at the age of 82