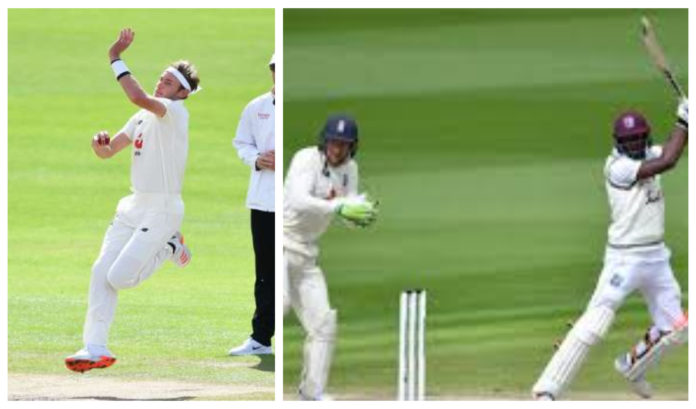 England steam-rolled the Windies batting line-up to clinch the series and ultimately be the last ever holders of the Wisden trophy. Windies surrendered a 1-0 lead in the series while England made amends from their initial defeat to complete a stellar turnaround. 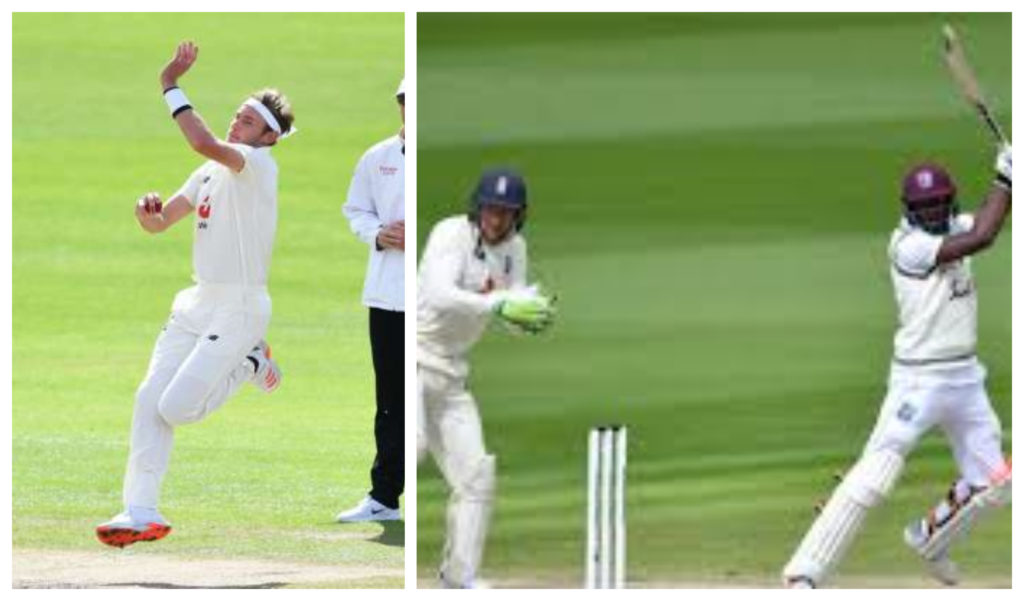 The rain gods stood by the visitors as Day 4 was abandoned, leaving West Indies a day to survive. The equation was uphill for the chasing side while England had to skittle out eight wickets on the final day to make their win official.

Struck at a precarious 10-2 in their pursuit of 399, a solid morning session was what the West Indies needed to assert any claim on the final day. While the overnight pair of Kraig Brathwaite and Shai Hope managed to negate the initial threat posed by the first spells of Stuart Broad and James Anderson, they crumbled in the seventh over of the day, right after a brief halt due to rain.

Stuart Broad trapped Brathwaite right in front to become only the fourth fast bowler to reach the 500 test wickets mark. Change of bowling attack did the trick for England next as Woakes proceeded to scalp the wicket of set batsman Shai Hope, whose disastrous series came to an end with a dodgy pull shot.

Woakes struck in the next over as well with the wicket of Shamarh Brooks to leave Windies in utter peril at 79-5 within the first half of the first session. The umpires had to call an early lunch due to rain to bring a halt to England’s dominance.

Windies managed to dig out their own grave as Roston Chase was the first wicket to fall after the break, in pursuit of a risky single. Dom Bess hit the stumps with ease with Chase well short of his crease. England wasted a review in an attempt to see the back of Jason Holder but Woakes managed to dismiss him off the final ball of the over to leave West Indies seven down without even reaching the three-figure run mark.

The all-rounder capped of his 10th over in style with double strikes to reach his five-wicket haul as well and leaving England on the brink of victory. It was fittingly Stuart Broad who brought-up the final wicket to claim his 10-wicket haul to seal England’s triumphant win.

England finished off the series with a win by 269 runs to overcome the 1-0 deficit. The team will be crowned as the last ever winners of the Wisden trophy as the series will be contested for the Richards-Botham trophy going forward.