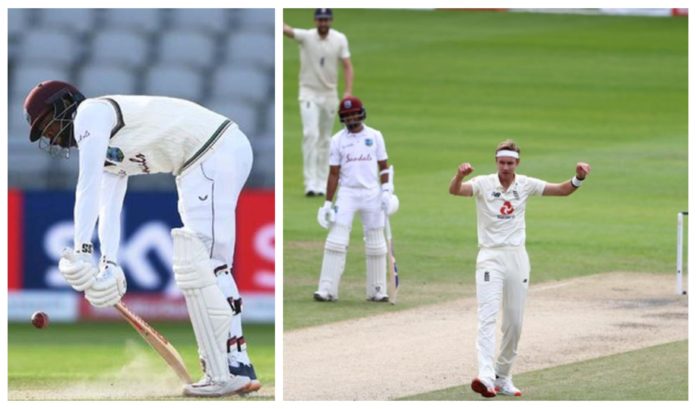 England have the visitors right on the ropes as they head to Day 4 as the clear favourites. West Indies will need a Herculean effort to get out of this rut and prevent England from taking the series. 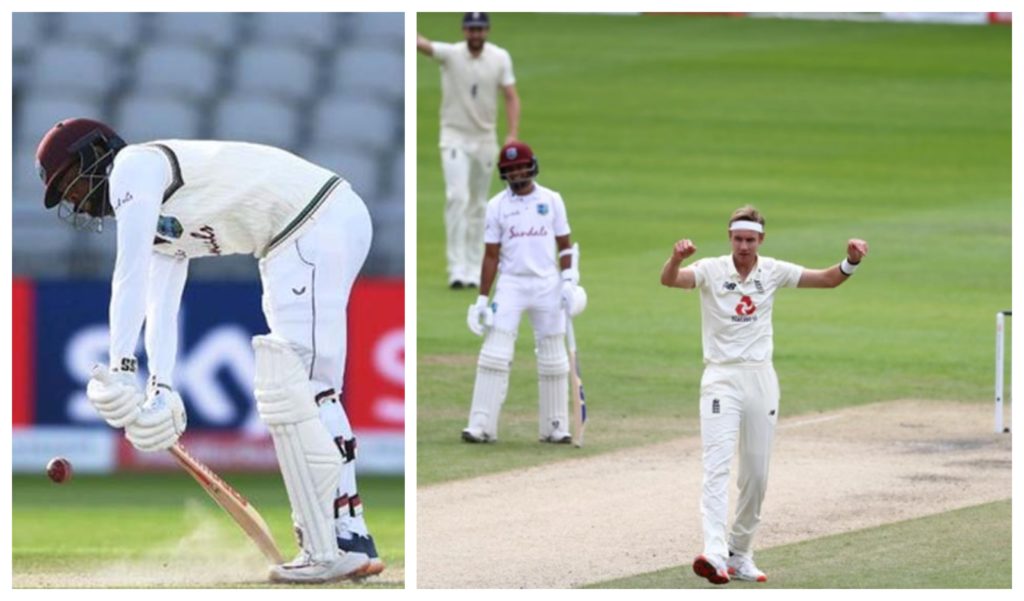 Trailing England’s first innings total by 232 and with only 4 wickets in hand, Windies resumed the third day with overnight pair Jason Holder and Shane Dowrich clinging on.

The duo saw off England’s initial assault to bring up the 50-run stand. Holder survived courtesy of a no-ball at the beginning of the day but was sent back to the pavilion by Stuart Broad for 46.

Broad’s fiery spell continued with the wicket of Roston Chase. The pacer brought-up his five-wicket haul with that dismissal. The visitors managed to avoid the follow-on courtesy of some resistance by the tail.

Shane Dowrich was the final wicket to fall in the innings as WIndies bowed out for 197, giving England a hefty lead of 172.

Things got worst for the West Indies as captain Jason Holder had to leave the field after suffering a blow to the thumb. Soon after lunch, they had another casualty in the form of wicketkeeper Shane Dowrich. Dowrich suffered a blow to the face through a fiery Shannon Gabriel bouncer, which led to a bleeding lip. The umpires were forced to sanitize the ball before resuming play, while Joshua de Silva donned on the gloves behind the wicket.

Amidst all this action, the opening pair of Rory Burns and Dom Sibley were on cruise mode and brought up England’s first 100-run opening stand since 2016.

It was Holder who returned and got the breakthrough with the wicket of Sibley, who departed on 56. Joe Root cranked up the run rate from the first ball and remained unbeaten on 68 off just 56 deliveries.

The skipper decided to declare the innings with the dismissal of Rory Burns at the other end, who missed out on a hundred by ten runs. The declaration meant that West Indies had to chase down a mammoth total of 399 across the fourth and fifth day.

With time still left in the day, West Indies had to survive a gruelling barrage of fast bowling to hold any stake in the game. However, it was not to be as Stuart Broad increased his wicket tally to 8 in the match by dismissing John Campbell and night-watchman, Kemar Roach. At the day’s end, West Indies hang on at 10-2 with 389 more to win.