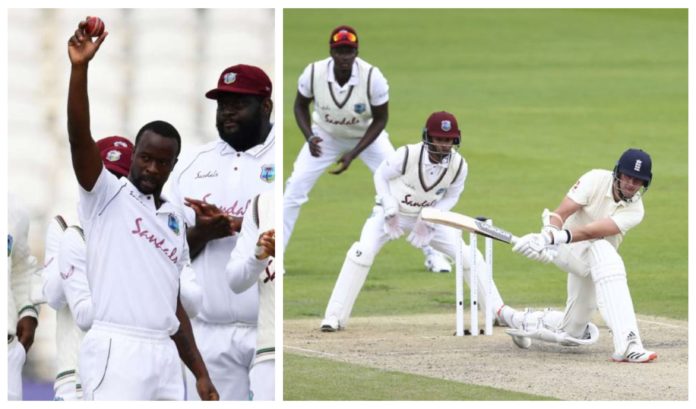 England dominated the proceedings of the second day with both bat and the ball leaving the Windies a huge task to retain the Wisden trophy. 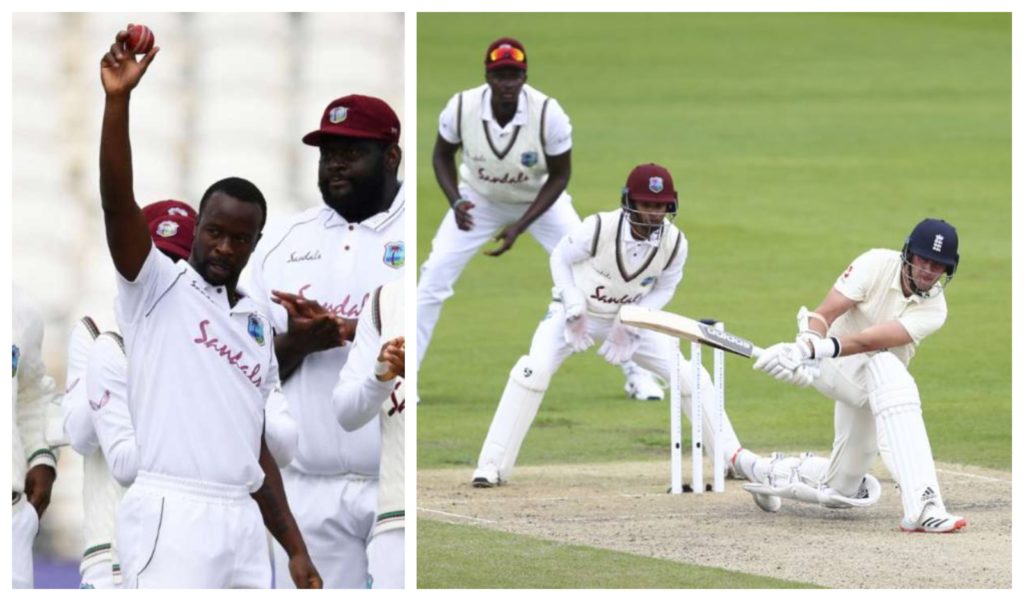 Resuming at 258-4, England were put to test by a fiery spell of fast bowling. Ollie Pope was dropped on his overnight score by Rakheem Cornwall in the slips off Shannon Gabriel.

Pope, however, could not make most of his reprieve and failed to upgrade his overnight score. Shannon Gabriel proceeded to castle the batsman in his very next over. Windies’ merry continued as the wickets kept on tumbling. The visitors scalped the wickets of Ollie Pope, Chris Woakes, Jos Buttler and Jofra Archer in the first four overs of the day.

With the wicket of Chris Woakes, Kemar Roach became the 9th West Indies bowler to reach the figure of 200 test wickets and the first in 26 years.

All the hard work was undone as the visitors failed to deliver the final nail to the coffin. Stuart Broad and Dom Bess struck a frustrating ninth-wicket partnership of 76 runs, taking the first innings tally to over 350.

Broad’s charismatic knock was a rare sight with the cherry being hurled. He brought up his fifty in just 33 deliveries and finished off with 62 off just 45 deliveries. England were eventually dismissed for 369.

Windies’ struggling opening pair continued their unwanted streak of not putting up fifty runs for the first wicket. For the thirteenth consecutive innings, Brathwaite and Campbell failed to cross the fity run mark. Stuart Broad struck first after managing to get the edge of Brathwaite.

James Anderson on the other end was unlucky after Ben Stokes dropped a chance off Campbell in the slip cordon. The England pace quartet refused the batsmen to get settled and came out on top at tea with the score reading 59-3.

The downfall continued for the visitors with Anderson delivering the breakthrough right after the break. Chris Woakes got into the wickets column by shattering the stumps off Blackwood for 26.

With just over an hour to go in the play, England looked firm favourites to bowl out the Windies. However, the play was stopped due to bad light for the second consecutive day.

While Windies will look to avoid the follow-on, England would look to dismiss the Windies as early as possible on Day 3 with the weather forecast predicting rain on Day 4 and Day 5.

Sunny Leone wants to be a part of Team India and face England!