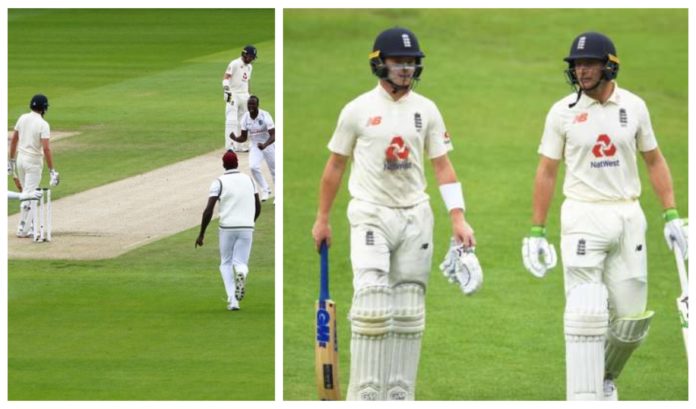 A century stand by Ollie Pope and Jos Buttler ensured England have the upper hand ahead of Day 2 in the final test of the series. 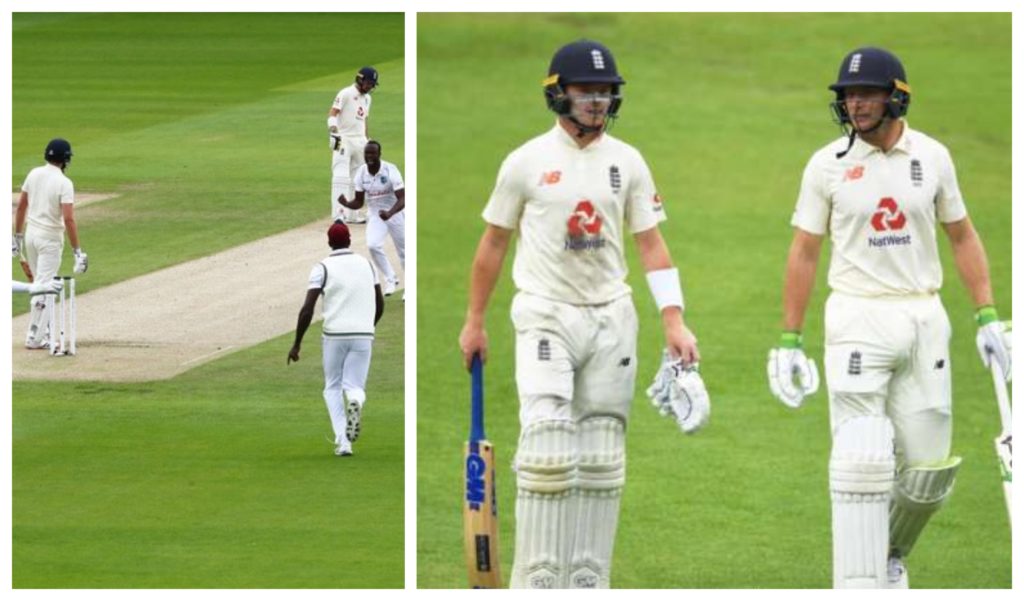 West Indies opted to bowl again after winning the toss and introduced Rakheem Cornwall instead of Alzarri Joseph. On the other hand, England went for a different approach by sacrificing batsman Zak Crawley to bring back Jofra Archer into the playing eleven.

Kemar Roach struck in the very first over itself by trapping Dom Sibley right in front for a duck. The thin batting order forced skipper Joe Root to move up to No.3. The budding stand for the second wicket was cut short after a direct hit from Roston Chase which sent back Root for just 17.

West Indies had another problem mounted upon them as Shannon Gabriel was forced off the field after feeling some discomfort in his calf, but eventually returned to continue his spell. England ended the session on 66/2 with Rory Burns and Ben Stokes in the middle.

Mr.Incredible’s defence was breached by Kemar Roach whose potency against left-handed batsmen is well known. Ben Stokes was castled for 20, leaving England three down for 92.

While the hosts saw the rest of the session, the Windies clawed back into the contest right before the tea break. Rory Burns, who applied himself on the Old Trafford pitch for a well deserved fifty, edged one to Cornwall who superbly held on to it with one hand.

With the contest well balanced, the final session was bound to be decisive. Jos Buttler and Ollie Pope prevented the contest from tilting towards the favour of the visitors.

The duo stitched together a century stand and took the tally to 136 runs at the end of the day which was cut short due to poor light.

Ollie Pope is just 9 shy of his second test ton. The batsman’s glistening knock included 11 fours. Jos Buttler on the other hand managed two sixes in his innings.

What could have been: Rakheem Cornwall attracted NFL offers before cricket came to his rescue