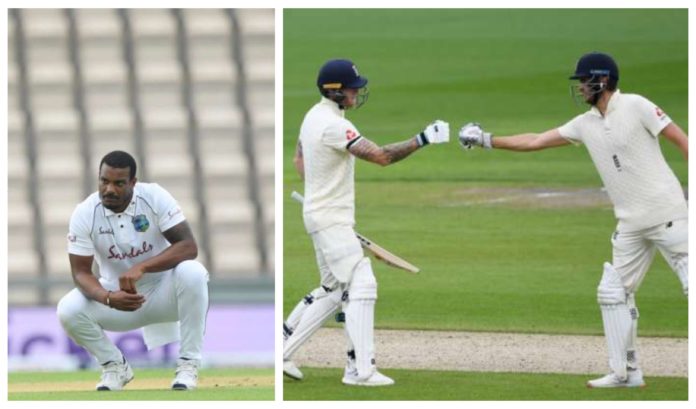 Ben Stokes and Dom Sibley put on a marathon fourth-wicket stand to assert dominance over the visitors. West Indies have a mammoth task ahead of them to claw back into the game. 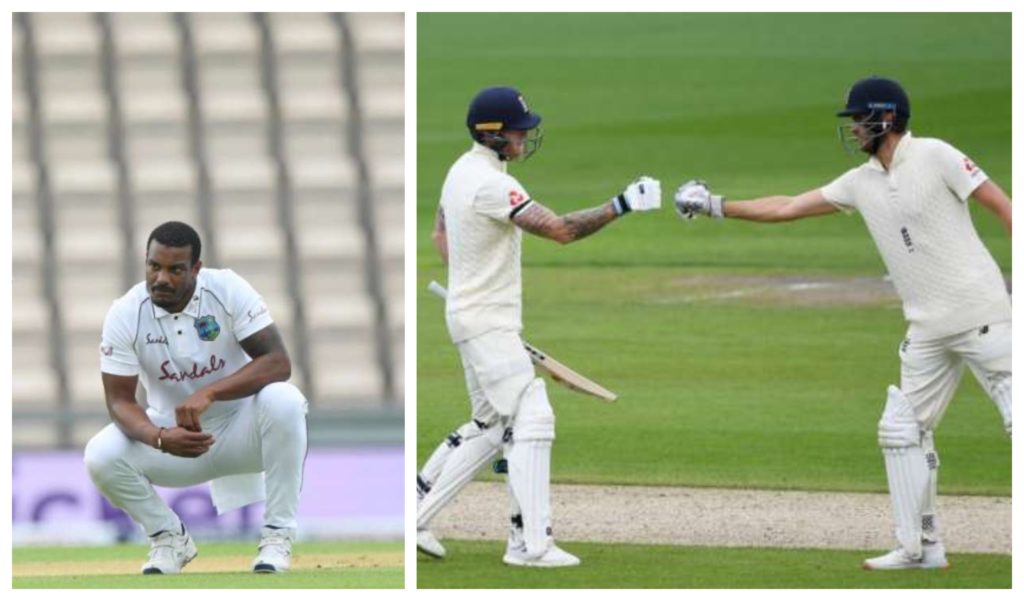 The overnight pair continued to apply themselves on a wicket which was tough to bat on. The duo were tested after West Indies opted for the new ball with Stokes especially bearing the brunt of it.

Dom Sibley soon brought his second test ton off 301 deliveries, which was England’s slowest in over 19 years. England left the first session unscathed with Stokes languishing on 99.

The all-rounder brought up his tenth Test hundred in charismatic fashion by reverse sweeping Roston Chase for a boundary. Having played 255 deliveries to reach the three-figure mark, this was Stokes’ slowest ton so far.

West Indies tried to probe but found no avail and even tried their hand with a couple of DRS reviews in the second session. The pair soon enough brought up the 200-run mark for the fourth wicket while the visitors suffered a casualty in the form of Alazarri Joseph, who subsequently left the field.

After reaching his century, Stokes changed gears with regular boundaries as Sibley held guard at the other end. However, in a bid to increase the scoring as the session neared its end, Sibley holed out to deep mid-wicket to Chase, bringing an end to his 372-ball vigilante at the crease.

Despite the breakthrough, the frustration did not end for the Windies with an agonizing dropped catch of Stokes soon after. Chase sent Ollie Pope back to the pavilion after trapping him LBW. The last session of the day began on a bright note for West Indies who managed to finally dismiss Ben Stokes for 176, his second-highest score in the format.

Dominic Bess played an attractive cameo of 31 before Joe Root proceeded to declare the innings for 469-9. The declaration meant that Windies had to survive a little over half a session to close out the play.

England’s new-ball pair of Stuart Broad and Chris Woakes dug right into the opening pair but were unable to find a breakthrough. Sam Curran, who was introduced into the attack made the difference by dismissing John Campbell for 12. The West Indies promoted Alzarri Joseph as the night watchman to prevent further casualties on Day 2 and subsequently survived the day with the score reading 32-1.

UAE frontrunners as IPL 2020 may head to foreign destination