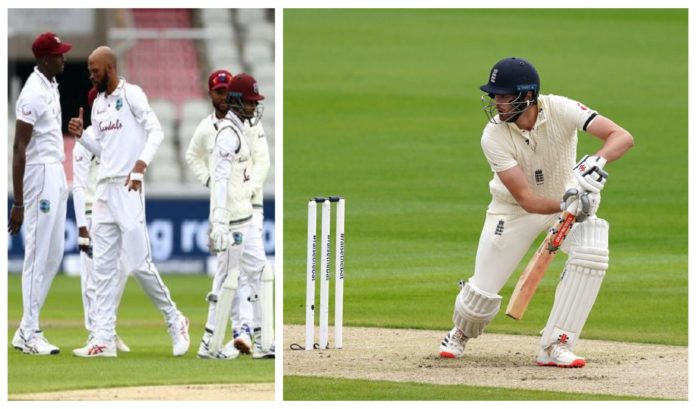 England stood the test of a damp wicket and belligerent Windies bowling attack to stamp their authority at Manchester. 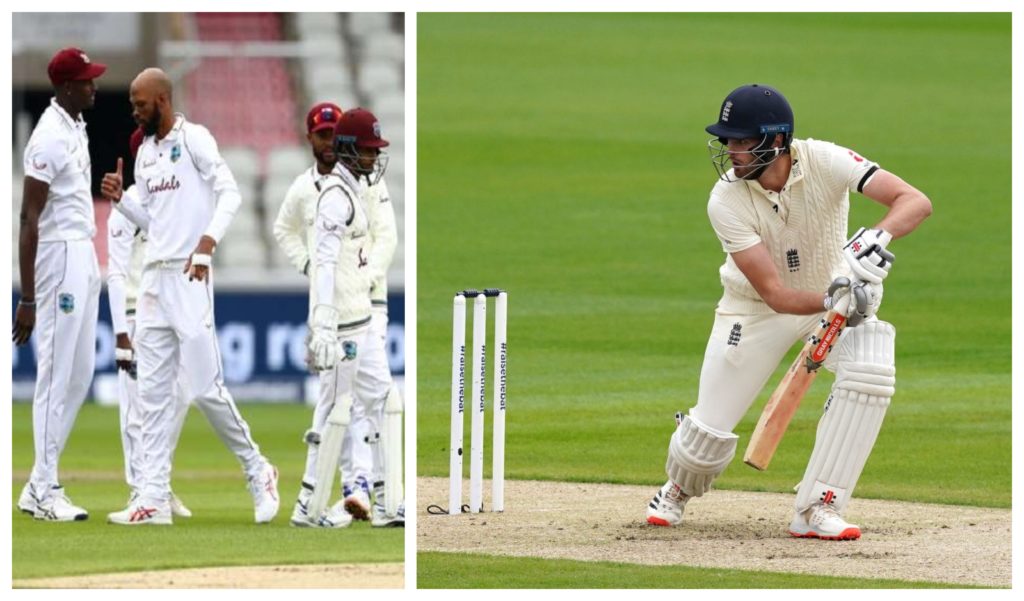 Rain threatened to interrupt the play, but the slight drizzle only resulted in two wet patches on the field and only an hour was lost.

Winning the toss, Jason Holder became the first overseas captain in 27 years to opt to field at Old Trafford after winning the toss. Windies named an unchanged side while the hosts had to make a number of changes including a forced change as a result of Jofra Archer stepping out of the bio bubble.

Stuart Broad was back into the side to spearhead the attack while James Anderson was rested. Joe Root was back in his role as a captain after missing out on the first test and replaced Joe Denly in the playing eleven.

The pacers did not make much of the new ball with Shannon Gabriel struggling to get the line right. In a bid to take something out of the first session, Jason Holder introduced Roston Chase onto the damp wicket. The move paid off as the off-spinner struck in the final over of the session by trapping Rory Burns in front.

The pitch, offering very little carry was ideal for spin. It was once again capitalized by Chase as he struck again in the first over in the second session as he managed to dismiss Zak Crawley for a first-ball duck.

Skipper Joe Root’s stay in the crease was short as Alzarri Joseph got him for 23. Crawling at 81-3 just after lunch, the pair of Dom Sibley and Ben Stokes put on a heroic stand to deny West Indies the fourth wicket.

Sibley, in particular, played the anchor role with an unbeaten 86 off 253 deliveries with only 4 boundaries against his name. Ben Stokes, meanwhile played the perfect ally with 59 off 159 deliveries.

At stumps, England were poised at 207-3 with 82 overs played in the first day at Manchester.