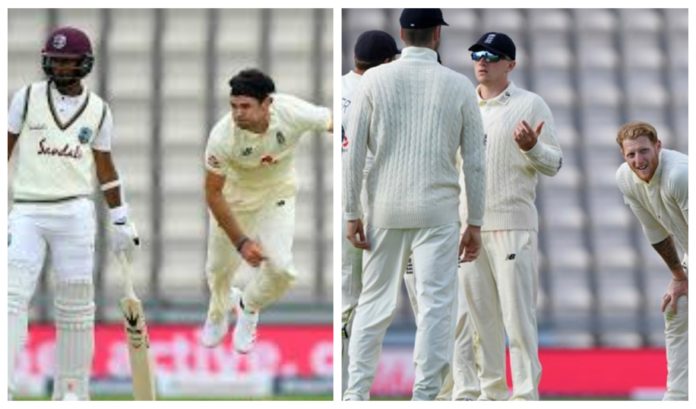 Windies recorded a valiant 4-wicket victory to earn a 1-0 lead in the three-match test series against England. 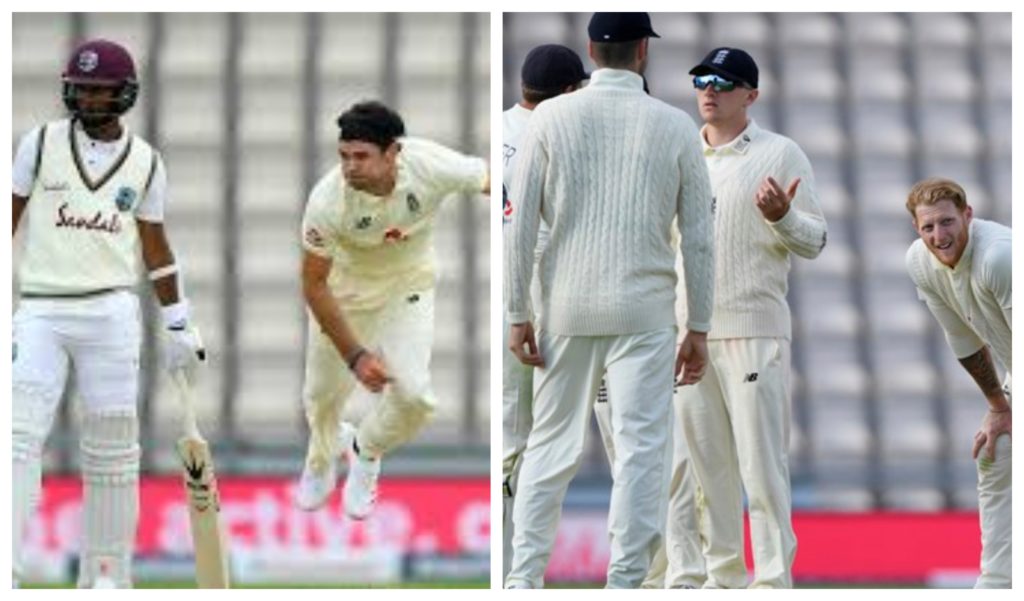 Starting off from a 170-run lead, England’s tail could only muster 29 additional runs. Shannon Gabriel notched up the remaining two wickets to register his sixth 5-wicket haul in tests.

Chasing a modest yet treacherous target of 200 on a battered final day Aegas Bowl track, WIndies were in all spots of bother early on. Opener John Campbell had to retire hurt and make way off the field after succumbing to a vicious Jofra Archer yorker right on the toe.

The pacer did not stop there as he proceeded to claim the wickets of Kraigg Brathwaite and Shamrah Brooks in his opening spell. With almost no swing on offer, James Anderson was easily negotiated by the Windies batting line-up. The bowler from Lancashire ended up wicketless.

The very first bowling change did the trick as well with Mark Wood breaching the defence of Shai Hope in his first over.

Stuttering at a score of 27-3, Roston Chase and Jermaine Blackwood struck a sturdy stand and stood through the tests of the pace attack and the vicious turn of Dominic Bess.

The 72-run stand was eventually ended by a steaming bouncer from Jofra Archer to which Roston Chase had no reply. While England looked to capitalize on that breakthrough, Blackwood had a new ally in the form of Dowrich, the top scorer in the first innings.

The 5th wicket stand of 68 runs snatched the game away from the hosts, who despite their toil were unable to make most of the foundation they had laid at the start of the innings.

Jermaine Blackwood agonizingly fell 5 short of a well deserved fourth innings ton. John Campbell returned to the crease with 10 runs left to win with captain Jason Holder at the other end.