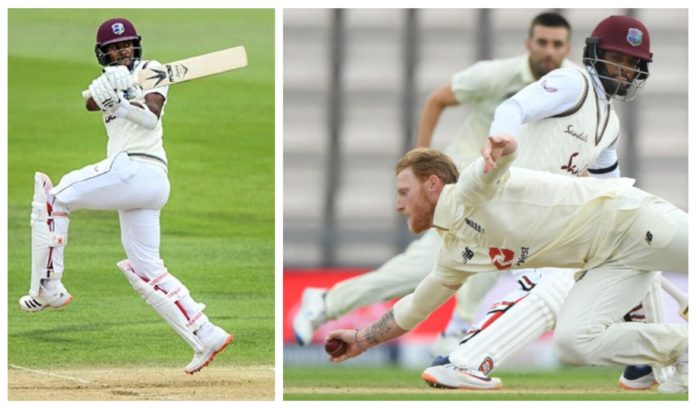 As predicted, the weather gods showed mercy and paved the way towards an uninterrupted day. Resuming their second innings, Windies made the bowlers work hard for wickets and manage to attain a healthy lead as the test unravels its second half. 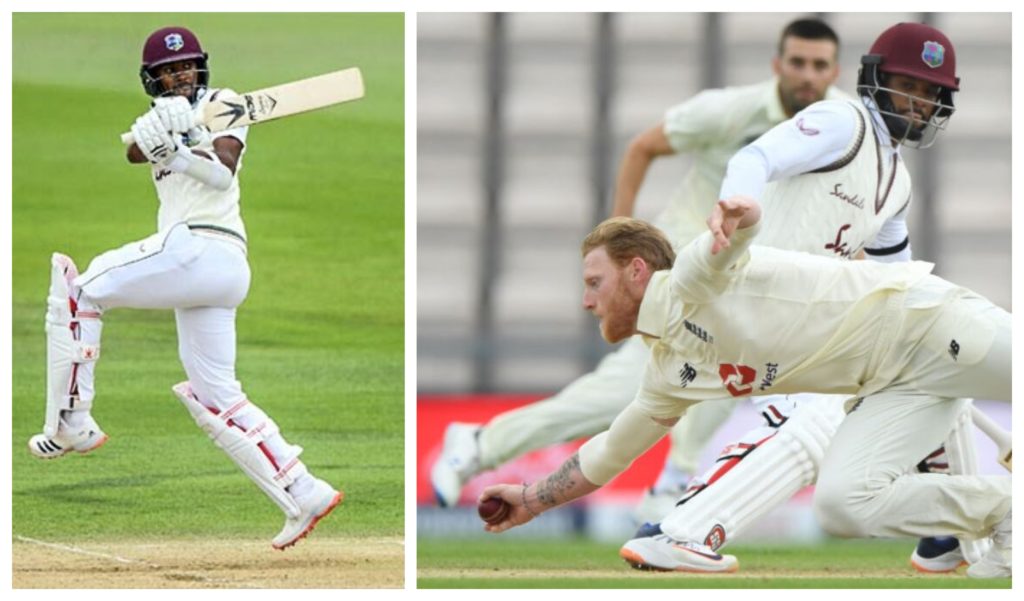 It took England over 100 overs to dismiss the West Indies side which showed immense character. The visitors took the honours in the first session after adding 101 runs for the loss of 2 wickets as the English bowlers failed to strike at regular intervals.

A bit of seam movement was only that James Anderson could offer while Jofra Archer had a frustrating outing and eventually ended up without a wicket to his name.

Shai Hope’s knock, albeit not huge, involved plenty of escapes while Kraigg Brathwaite cemented his status as a certified test opener with a half-century. The umpiring was once again the eye of the hurricane as it even earned the wrath of Carlos Brathwaite, who expressed his displeasure on Twitter.

Rest of the day continued to be frustrating for England as the middle order chipped in with crucial knocks. Roston Chase held the fort with a 42 run knock which took 142 deliveries while Shane Dowrich hit a magnificent 61 and stood by the tail.

Skipper Ben Stokes led from the front in the bowling department with 4 wickets to his name while James Anderson and off skipper Dom Bess collectively picked up 5 wickets.

West Indies were dismissed for 318, with a lead of 114 over the hosts by the culmination of the day’s play.

The visitors threw everything they had at the England openers for the remaining 10 overs of the day. However, Rory Burns and Dom Sibley stood the test and saw the day off in Southampton.