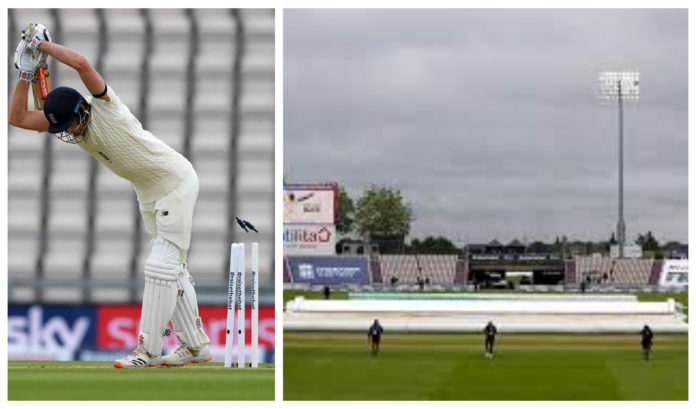 After a lengthy absence, cricket made its return in the form of its truest format. However, rain gate crashed the long lost union and only permitted half a session of play. 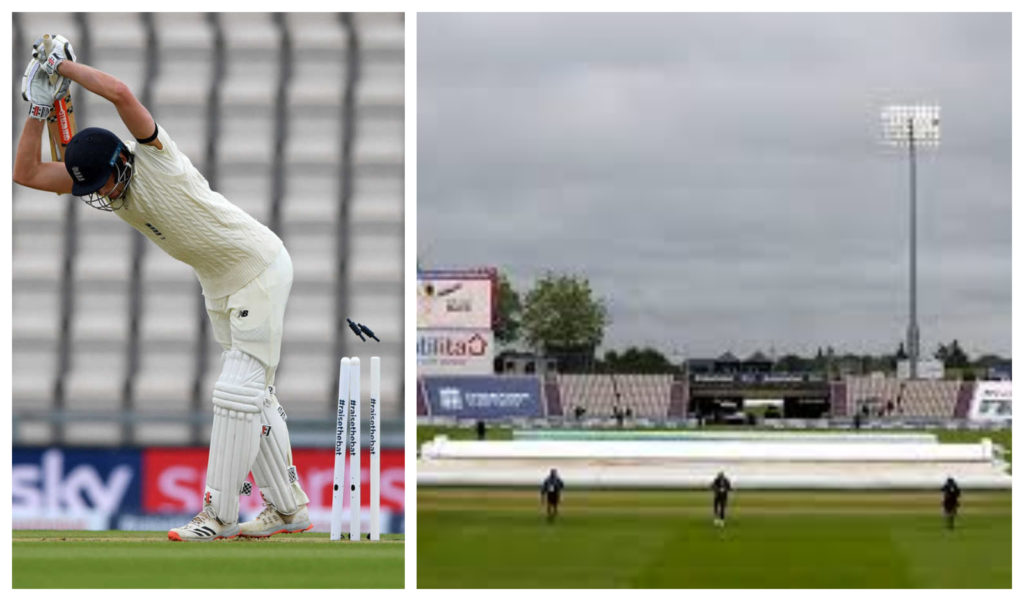 While the forecast pointed towards a day with spells of rain, the interrupted action took a toll on both teams. Earlier in the day, Ben Stokes led to captain the side for the first time in the absence of Joe Root. England won the toss and opted to bat first on a heavily clouded day in Southampton.

The players and the umpires took a knee before commencing the day’s play in favour of the Black Lives Matter campaign.

England, West Indies and the match officials take the knee before the first ball of the Test #BlackLivesMatter #ENGvWI

There were whispers going around the approach of the fast bowlers to aid movement in the air with the absence of saliva to shine the ball. However, the cherry did its own talking under typical English overcast conditions to claim its first victim in the second over itself courtesy of poor judgement from opener Dom Sibley.

The fast bowling quartet of Kemar Roach, Shannon Gabriel, Jason Holder and Alzarri Joseph kept the new pair on their toes but were unable to build up a rhythm due to the constant interruptions and the break in play. Over the course of the entire day, only 17.4 overs were bowled with England mustering a total of 35 runs with the loss of a single wicket.

Left-handed Rory Burns led the way with 20 runs off 55 deliveries while his partner on the other end, Joe Denly managed to remain unbeaten on 10.

The encouraging fact is that forecast predicts the next four days to be devoid of major thunderstorms and this was the lone blip in cricket’s return. To make up for the overs lost today, the rest of the days will feature 98 overs.