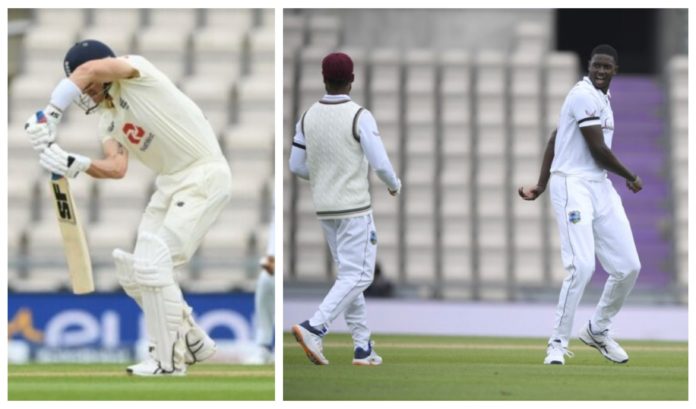 Cricket got its first full day back as there were no major interruptions on Day 2. West Indies bowlers relished the overcast conditions and rattled out the hosts for 204. 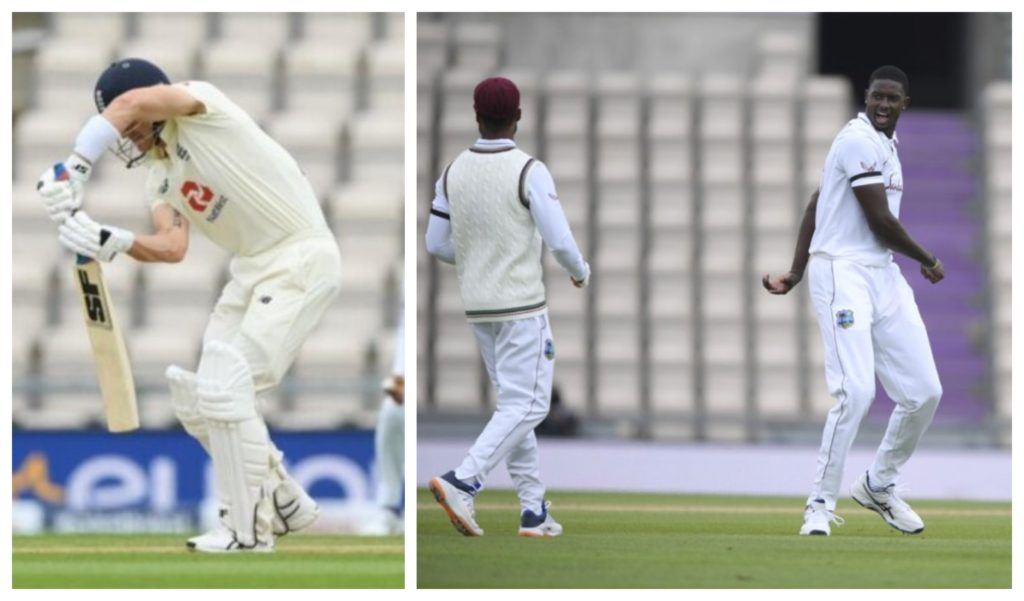 Despite no rain, the conditions remained the same much to the delight of the visitors. The resilience built by the overnight unbeaten batsmen Rory Burns and Joe Denly was breached soon enough in the day by Shannon Gabriel. The burly pacer removed both the batsman in consecutive overs to bring two new fresh batsmen into the crease.

While the top order was duly dispatched by Gabriel, it was captain Jason Holder who wiped out the entire middle order. Apart from steely knocks from stand-in skipper Ben Stokes (43) and Jos Buttler (35), the middle order had very less to offer.

England struggled to build partnerships against the relentless four-pronged Windies pace battery. Off-spinner Dom Bess (30) played a crucial knock down the order to steer the Three Lions to the 200-run mark. Jason Holder had an eventful afternoon and registered his best figures of 6-42.

With more than a session to play and possessing a potent pace attack of their own, England hoped to clean up the top order before the end of the day’s play. However, openers Kraigg Brathwaite and John Campbell held the fort well for the first ten overs.

The pair had several close calls though with Campbell getting two LBW decisions overturned with DRS before finally being adjudged LBW to James Anderson in the twelfth over.

That’s the best England could do as the play stopped soon after due to poor light. Brathwaite and the new batsman on the crease Shai Hope escaped unhurt on Day 2.