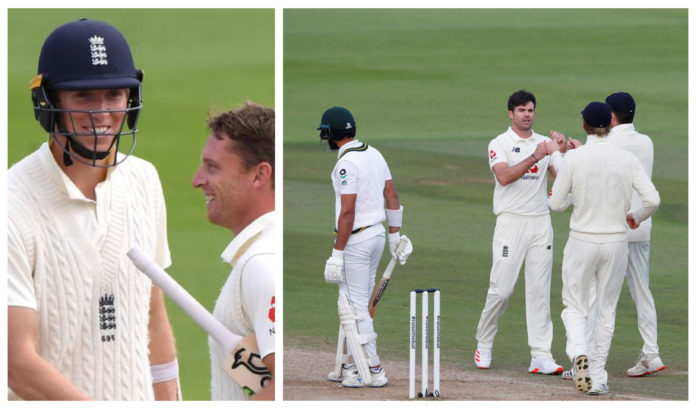 Zak Crawley’s 267 propelled England to a mammoth first innings total and their heroics with the ball at the end of the day has made them favourites to win their first test series win against Pakistan in a decade.

After a breezy first day, England continued to pile on the runs despite a delayed start due to rain. Only 18 overs of actions were possible in the first session which England were able to negotiate without any particular harm.

Buttler survived a scare on 99 as he was adjudged caught behind right before lunch. However, the wicket-keeper batsman got the decision overturned after a successful review to eventually get to his second test hundred. 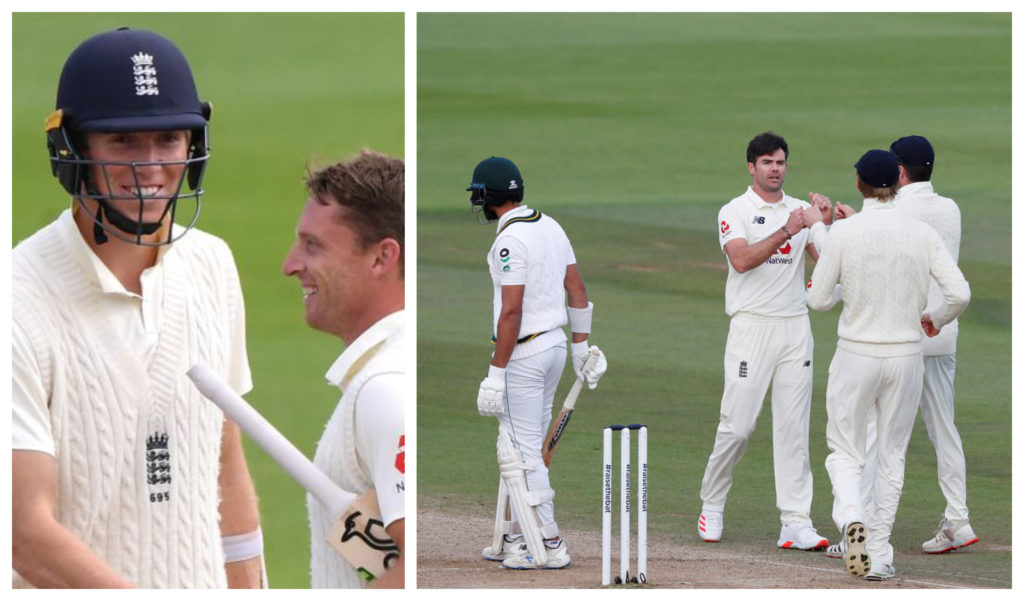 Runs oozed out of Zak Crawley’s bat in the second session. The 22-year-old marched his way to a double century. The youngster’s fine innings came to an end with a stumping off Asad Shafiq right before tea and ended the 359-run stand for the fifth innings.

The hosts kept going even after tea with Buttler bringing up his 150 in the process as well. Fawad Alam got the prized wicket of Jos Buttler through a soft dismissal right after reaching the landmark figure.

Chris Woakes chipped in with a vital knock of 40 which helped England surpass their previous highest total at the Rose Bowl. Pakistan’s two-day misery with the ball came to an end with the hosts declaring at 583-8 after playing out 153 overs.

England shine with the ball to render visitors helpless

Trailing by 584 runs, Pakistan’s primary agenda was to see out the remaining 10 overs left in the day. However, a James Anderson special prevented the visitors from doing that.

The Lancashire pacer struck thrice late in the day to leave Pakistan at 24-3 at the end of the second day. Anderson managed to scalp the wickets of both the openers Shan Masood and Abid Ali along with Babar Azam.

Skipper Azhar Ali remains unbeaten on 4 on one end. The side now have a massive task to avoid the follow on and survive to avoid their first series defeat against England in ten years.