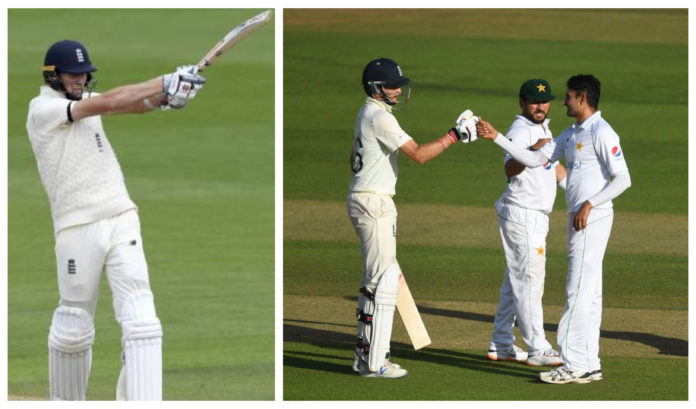 Zak Crawley registered his maiden ton to leave England in a comfortable position after the first day in Southampton. The uninterrupted day was evenly balanced in the first half while the hosts stole the show later on with the unbeaten partnership of Crawley and Jos Buttler.

Electing to bat first on a fresh track, England named one change. Jofra Archer was brought back into the squad replacing Sam Curran. Pakistan, on the other hand, named an unchanged eleven.

The visitors struck early in the first session with the wicket of Rory Burns. The left-hander edged one right to fourth slip after a length delivery from Shaheen Afridi. 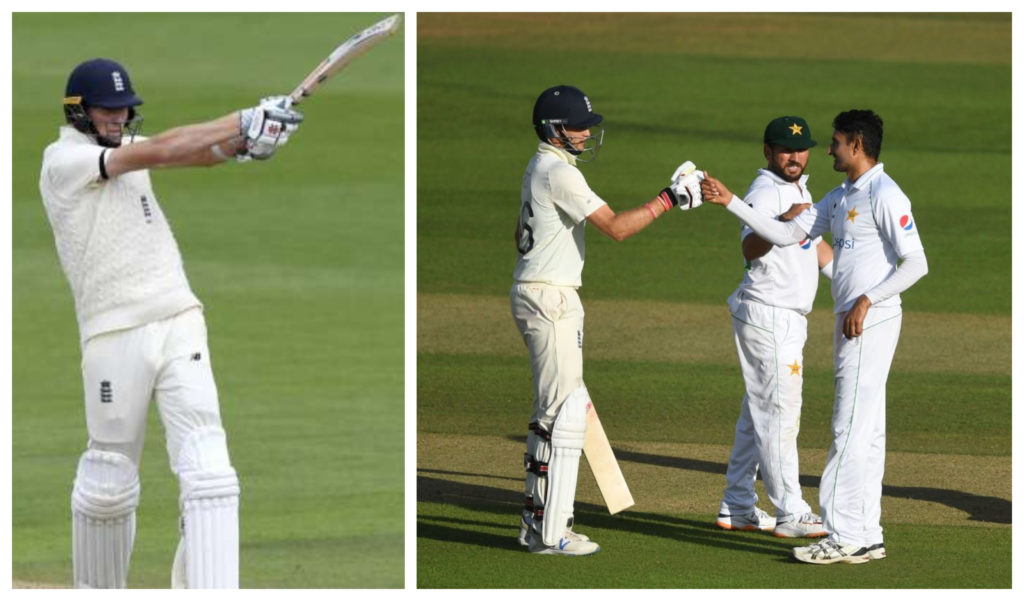 The young pair of Dom Sibley and Zak Crawley negotiated the rest of the hour after being reduced to 12-1 in the fifth over. Yasir Shah brought in the breakthrough with the wicket of Sibley. The opener had to leave the field after the review call worked against his favour.

Zak Crawley, who began his innings on a breezy note, was stranded on 49 for 34 deliveries. The 22-year-old finally got to the landmark with the last ball of lunch and effectively leaving the hosts at 91-2 at Lunch.

Naseem Shah struck in the second session to dismiss Joe Root for 29. Mohammad Rizwan’s acrobatic effort behind the stumps were more than enough to send back the England captain.

Yasir Shah picked up his second wicket after bowling Ollie Pope out for just 3, with a beautiful delivery. The game hung in perfect balance at 127-4 around the halfway mark of the day.

Zak Crawley and Jos Buttler registered a fifty run stand for the stand and ended the second session at 184-4 with the former only 3 runs away from his maiden ton.

The young batsmen soon reached the landmark figure after the break. The pair continued to frustrate the Pakistan bowling attack who failed to capitalise after claiming the fourth wicket.

Jos Buttler brought upon his fifty soon after as the pair’s partnership extended to the three-figure mark. Crawley soon scaled the 150-run mark as well and moved on to overtake his highest first-class score as well.

At stumps, England’s total lies at an imposing 332-4 after 90 overs. Zak Crawley and Jos Buttler remain unbeaten for 171 and 87 respectively. The partnership for the fifth wicket crossed the 200-run mark as well with it.