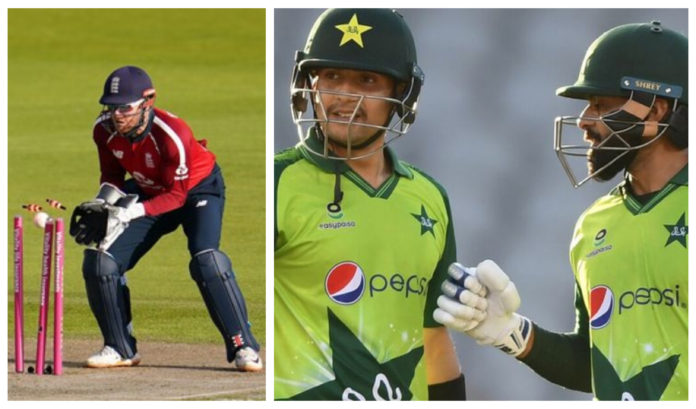 Much like their previous encounter, the series finale at Old Trafford was a high-scoring affair as well. After posting a formidable total on the board in the first innings, Pakistan kept their nerve, in the end, to pull off their only victory during the tour on English soil.

Eoin Morgan named an unchanged playing eleven while Babar Azam introduced Sarfaraz Ahmed and Wahab Riaz into the side after their loss in the second T20. 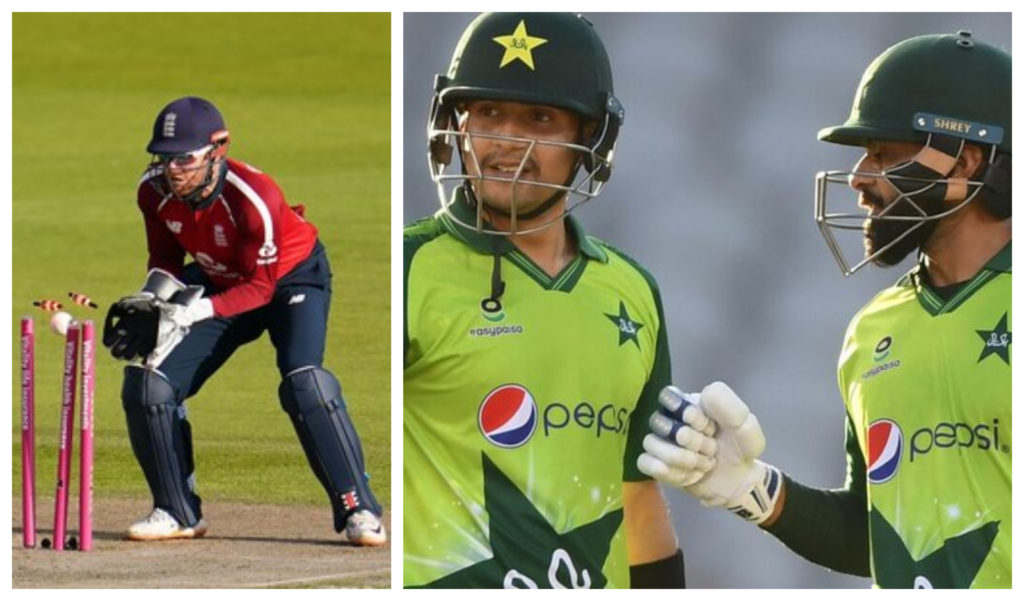 Moeen Ali struck off his very first delivery to dismiss Fakhar Zaman before Babar Azam followed suit inside the powerplay itself. 19-year-old debutant Haider Ali exhibited a counter-attacking display to rescue the side.

The youngster became the very first debutant from Pakistan to register a half-century. Veteran Mohammad Hafeez was at the other end as the duo forged a hundred stand for the third wicket.

In-form’s Hafeez scored six sixes in his unbeaten knock of 86. The visitors set a target of 191 for the hosts to scale.

England had the worst possible start to the chase after losing the explosive opener, Jonny Bairstow. Shaheen Afridi’s scorching yorker disturbed the stumps to send the wicket-keeper batsman back.

Problems kept mounting for the hosts over the course of the chase. Dawid Malan’s slog sweep was met with a stunning catch on the rope which resulted in England being 26-2 in four overs.

In-form duo of Tom Banton and Eoin Morgan looked in good touch amid the trouble. Banton took the Pakistan attack on to relieve the pressure brought on by the required run-rate.

However, a huge mix-up in the middle resulted in a run-out with Eoin Morgan stranded in no man’s land. Tom Banton narrowly missed out on a half-century to leave England reeling at 69-4, with an asking rate of 10.

Moeen Ali got a lifeline after a missed stumping chance by Sarfaraz Ahmed. The all-rounder made most of his second life by dragging England close.

With 20 required off the last 2 overs, Wahab Riaz used his experience to only concede 3 runs and claim the wicket of Moeen Ali who was well set at 61 off 33. Despite a last gasp six by Tom Curran, the hosts fell short by 5 runs.

Place your wagers in the upcoming matches here