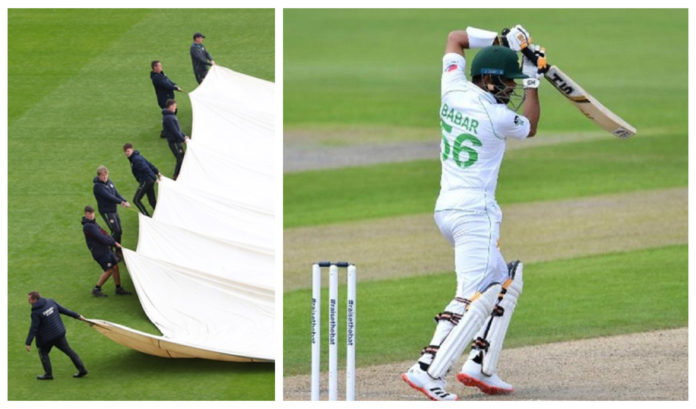 England went back to don their whites, hours after a shocking defeat to Ireland. Albeit a different venue and a different team altogether, the anticipation remained sky-high. The action on Day 1 left more to be desired as rain and bad light shortened the proceedings, but it left the viewers with an aesthetically pleasing visual of Babar Azam facing quality seam bowling.

England’s current chapter in red-ball cricket continued in Manchester, the venue where they won both the matches against the West Indies to win the series. With pace-bowling being the major forte of both the teams, the series kicked off after Azhar Ali elected to bat first. 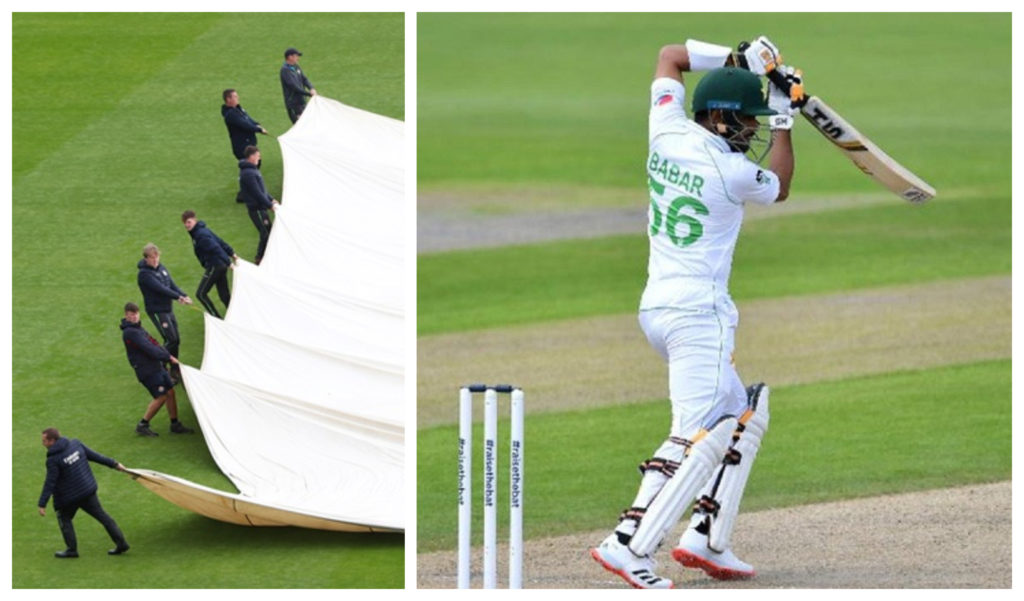 England skipper Joe Root included Ben Stokes who is still doubtful when it comes to bowling due to an injury. The hosts went for a four-pronged pace attack of Chris Woakes, Jofra Archer, James Anderson, and Stuart Broad. Dom Bess was the lone spinner for the side.

Pakistan however, opted to play two leg-spinners in the form of Yasir Shah and Shadab Khan. James Anderson opted for a tight line to nag Shan Masood’s fourth-stump region. the opening pair of Abid Ali and Shan Masood got through the first hour of play with scratchy and mistimed shots but most importantly, managed to dig in and stay.

Jofra Archer got the first breakthrough right after the drinks break with the wicket of Abid Ali. Skipper Azhar Ali had a horrid outing after being trapped in front by Woakes. He opted to go for a review but had to make his way back to the pavilion after seeing three reds.

Just as England managed to stake their claim in the contest with the score reading 44-2, Babar Azam and settled Shan Masood took control to steer Pakistan away from trouble after lunch.

A highly anticipated face-off between Anderson and Azam turned out to be in favour of the latter. Azam easily negotiated the pacer with sheer confidence. Azam piled the pressure on the bowling attack by cranking up the scoring rate with regular boundaries. The batsman brought up his 14th test fifty with ease.

With the score at 121-2, rain made its inevitable appearance to force off the players. When the covers were pulled off after a sizeable delay, play resumed for the final session. Only 7 overs were possible after the rain interruption since the umpires decided to call it a day to bad light.