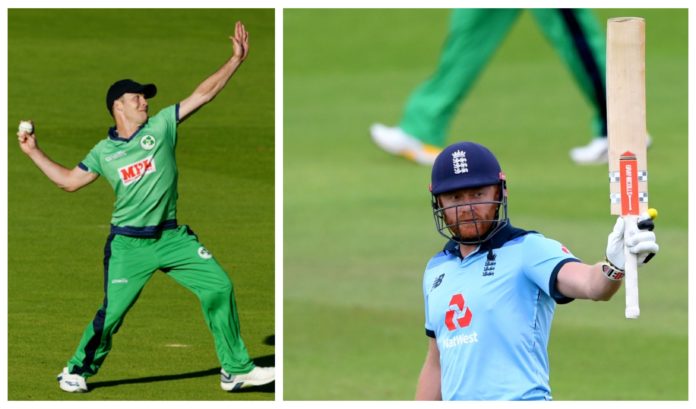 England attained an unassailable 2-0 lead over Ireland after a six-wicket win at Southampton. The hosts had to overcome a massive middle-order collapse to attain the target set by the Irish team.

Opting to bat first after winning the toss, Ireland opted to make two changes to the side which were beaten in the first ODI. Joshua Little and Peter Chase were included in the playing eleven for the visitors.

Meanwhile, England decided to bring in an additional left-arm pacer in place of Tom Curran. Reece Topley made his comeback into the side after a series of stress fractures in the recent past. 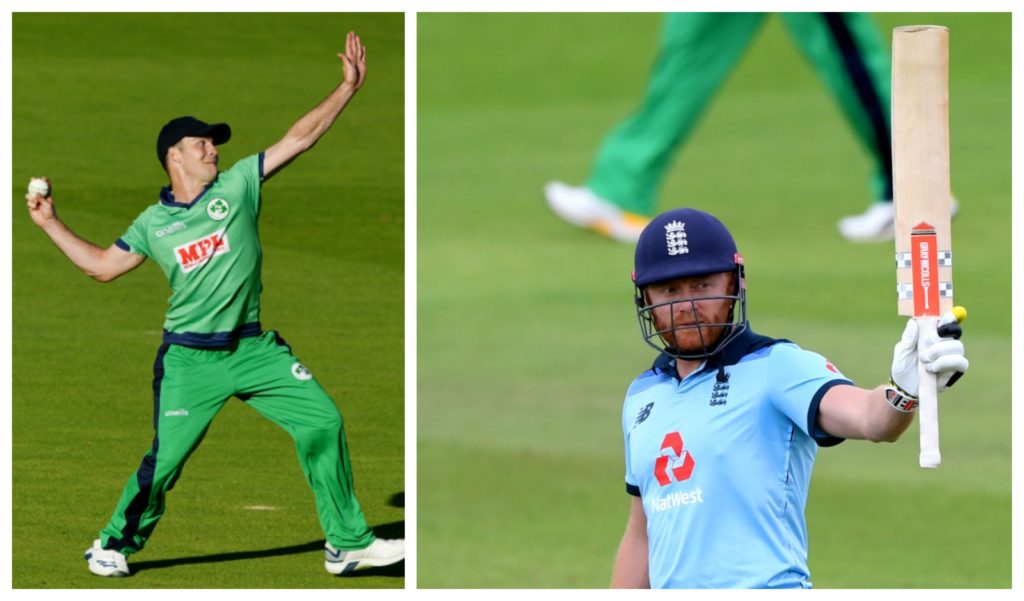 Much like the previous encounter, David Willey let the ball do the talking in the first spell and sent back both the opening batsmen back to the pavilion inside 7 overs. Gareth Delany was dismissed for a twelve ball duck while explosive batsman Stirling could only muster 12 courtesy of a sharp catch by Tom Banton.

James Vince brought up his maiden ODI wicket with the prized scalp of Ireland skipper Andy Balbirnie. Adil Rashid demolished the middle order and became the first England spinner to pick up 150 wickets in the process, and the fifth overall to reach the landmark.

Tottering at 91-6, all-rounder Curtis Campher came to Ireland’s rescue once again as he shared vital stands with Simi Singh and Andy McBrine. The twin-partnerships allowed Ireland to cross the 200 run mark and eventually play out their 50 overs. While Campher was dismissed in the penultimate over, his knock of 68 off 87 helped Ireland set a target of 213 for England to chase.

The Rose Bowl saw an eventful start after Jason Roy was dismissed for a duck by Craig Young. Despite the very early setback, Jonny Bairstow was at his explosive best as he romped to a 21-ball fifty, the joint-fastest by an English batsman.

James Vince at the other end proved to be an able ally for a while before Campher returned to strike with the ball. While Bairstow kept his onslaught going, wickets tumbled at the other end with no partnership being fruitful.

However, the dismissal of Bairstow, who scored a well made 82 off 41 saw an unprecedented collapse. Skipper Eoin Morgan and Moeen Ali were dismissed for 0 in the space of 3 balls to leave England reeling at 137-6.

With the lower order exposed, Ireland had their sights on an upset. For the second game in a row, Sam Billings got England out of the hole with David Willey by his side. Billings and Willey narrowly missed out on their fifties as their unbeaten 79-run stand sufficed in the end for a win.