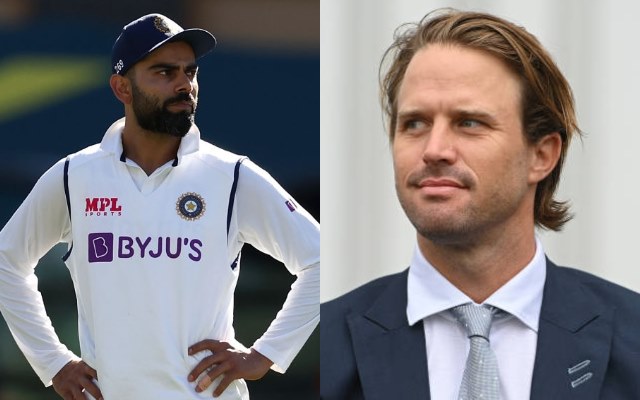 The cricketing fraternity were eagerly waiting for R Ashwin’s inclusion in the fourth Test given that the Oval is historically a spin friendly ground. However, looking at the green surface and cloudy conditions, the Indian team didn’t include Ashwin again. This bemused Nick Compton as he didn’t mince any words in saying that Virat has ‘personal issues’ with Ashwin. 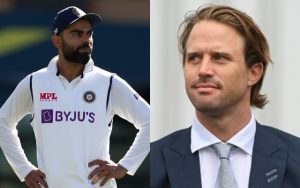 Ashwin is the leading wicket taken for India in tests among the current bowling lot. However, Ashwin has not played a single test in the series so far. Team India is backing their plan of playing four fast bowlers and Jadeja as the lone spinner. Ravi Jadeja is a more dependable batsman than Ashwin. Hence, he has become the first choice spinner for the team.

In a tweet, Compton wrote : “Please can someone explain how Kohli’s obvious personal issues with Ashwin are allowed to cloud an obvious selection issue? #india”

Please can someone explain how Kohli obvious personal issues with Ashwin are allowed to cloud an obvious selection issue? #india 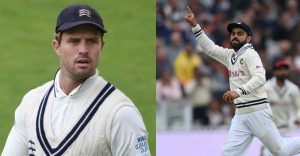 After the second test at Lord’s, Nick Compton called Kohli the most foul mouthed individual. The second test between India and England included a lot of on field banters and altercations. As Virat Kohli showed his aggressive nature, people in the cricketing fraternity were not pleased.

“Isn’t Kohli the most foul mouthed individual. I’ll Never forget the barrage of abuse I received in 2012 when the swearing stunned me to the point that he did himself a serious disservice. It highlights what a level headed and grounded man Root, Tendulkar, Williamson et al are,” said Compton in a tweet. However, he later deleted the tweet after Indian fans spammed his twitter.

Speaking of the proceedings, India are currently trailing England by 46 runs in the second innings with all their 10 wickets intact. Joe Root and Co managed a first innings lead of 99 runs after half-centuries from Ollie Pope and Chris Woakes.