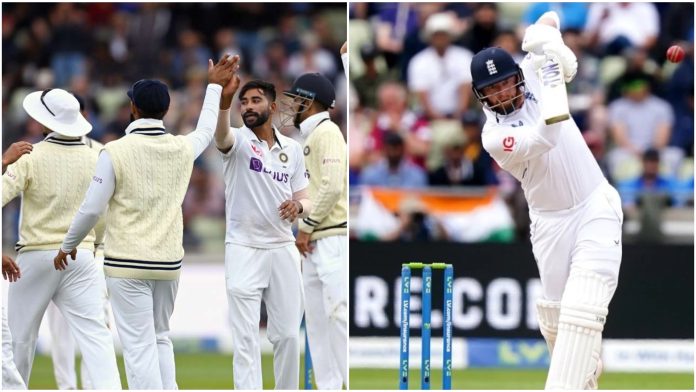 Day 3 of the fifth test match between India and England at Edgbaston was action packed. India have taken the command taking a good lead of 257 runs. Pacer Mohammed Siraj took four wickets, while skipper Jasprit Bumrah took three as India bowled out England on 284, taking a solid 132-run lead in the first innings.

India continue to pile up pressure on England 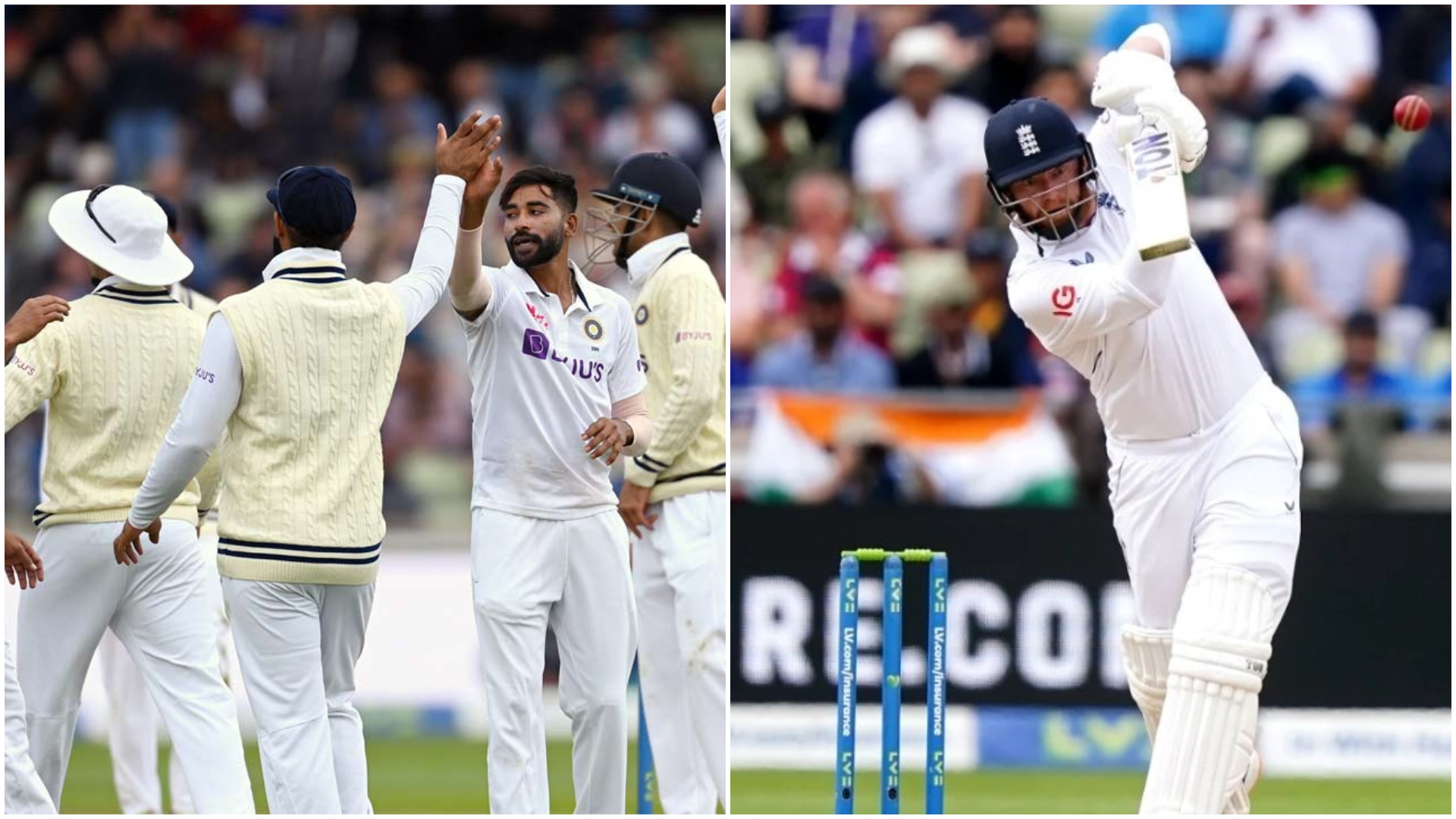 Jonny Bairstow lost his wicket to Mohammed Shami on 106 runs on Sunday before Stuart Broad got dismissed by Siraj. Bairstow had earlier helped England bounce back from a precarious state of 83/5. He along with Stokes had stitched a 66-run partnership for the sixth wicket before adding 92 runs for the seventh wicket with Sam Billings.

England skipper Ben Stokes struck a timely blow as India lost the wicket Virat Kohli in their second innings on Day 3. Kohli was batting on 20 before a short-pitched delivery did the trick for Stokes. India were three wickets down, but their lead crossed the 200-run mark. Stuart Broad had earlier dismissed Hanuma Vihari shortly after Tea, while James Anderson had earlier got the better of Shubman Gill.

India finished Day 3 with the score of 125 at the expense of three wickets. Cheteshwar Pujara remains at the crease after he amassed an incredible half-century, while Rishabh Pant, who scored a ton in the first innings is heading strong with 30* at the crease.