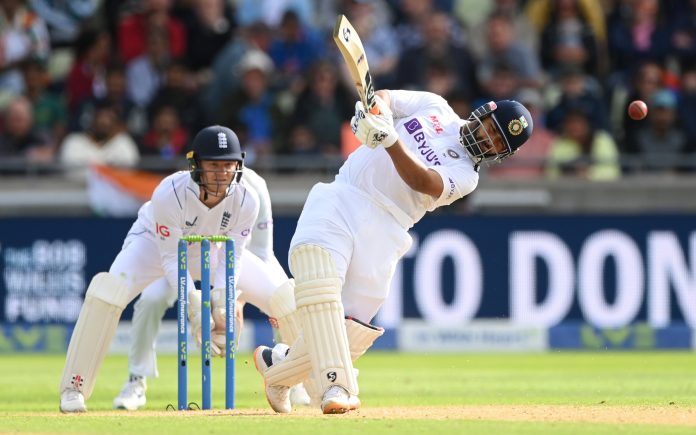 Team India faced England in the rescheduled fifth Test that has been 10 months in the making. Led by Rishabh Pant’s counter-attacking clinic, India ended Day 1 on 338-7 at Edgbaston, Birmingham on July 1 (Friday). 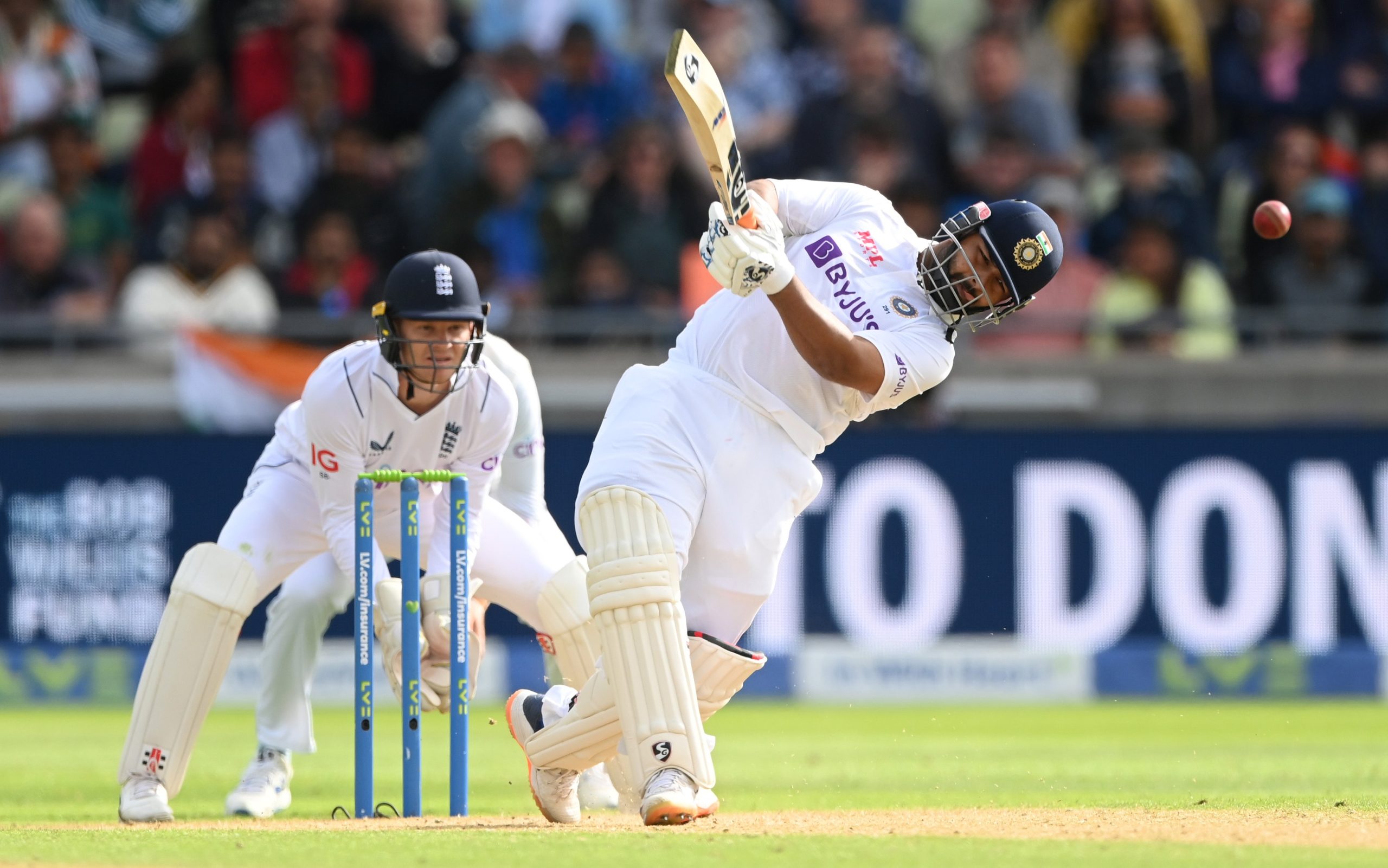 Leading India for the first time, Jasprit Bumrah lost the toss and was put in to bat by Ben Stokes. The visitors played four-seamers with Ravindra Jadeja being the lone spinner. On the other hand, England named two changes from the squad that registered an emphatic win over New Zealand at Leeds.

In the absence of Rohit Sharma at the top of the order, Cheteshwar Pujara was promoted while Hanuma Vihari occupied the No.3 spot. Shubman Gill got the team off to a proactive start, scoring four boundaries in quick succession. However, the young opener edged one to slips off James Anderson and departed for 17.

Hanuma Vihari and Cheteshwar Pujara exercised caution at the crease and played out the next ten overs. Anderson struck once again as Pujara played inside the line to nick one to second slip once again.

Following the veteran’s spell, Matty Potts took over the charge and claimed the next two wickets. The young pacer trapped Vihari in front while Kohli chopped one back onto his stumps after attempting an indecisive leave.

Reeling at 71-4, Shreyas Iyer came out with a counter-attacking approach. The flame died out soon though after Anderson trapped the batter with a short-ball on the leg stump.

The cloud cover, which was persistent during the first three hours of play, finally gave in after a while. The change in conditions were exploited by the pair of Rishabh Pant and Ravindra Jadeja. The pair played out the rest of the second session with the wicket-keeper batter bringing up his tenth half-century.

The pair changed gears in the third session, with boundaries flowing at regular intervals. Pant took the attack to the bowlers while Jadeja held the other end. While Ben Stokes brought himself on and introduced a barrage of short deliveries, it did not deter the pair as they kept piling the runs.

Rishabh Pant registered his fifth Test century and the third against England in spectacular fashion. The wicket-keeper onslaught after reaching the landmark figure, he was on course to hit one of the fastest 150 in Test cricket, but had to depart after edging one off Joe Root to slip. The wicket brought an end to a record 222-run partnership for the sixth wicket. It is India’s highest sixth-wicket stand against England.

Ben Stokes’ short ball barrage paid off after getting Shardul Thakur out for just 1. Mohammad Shami and Ravindra Jadeja played out the rest of the day with the latter scoring 83. India ended the day at 338-7 after 73 overs. Day 2 of the Test will feature 97 overs due to the overs lost due to rain on Day 1.