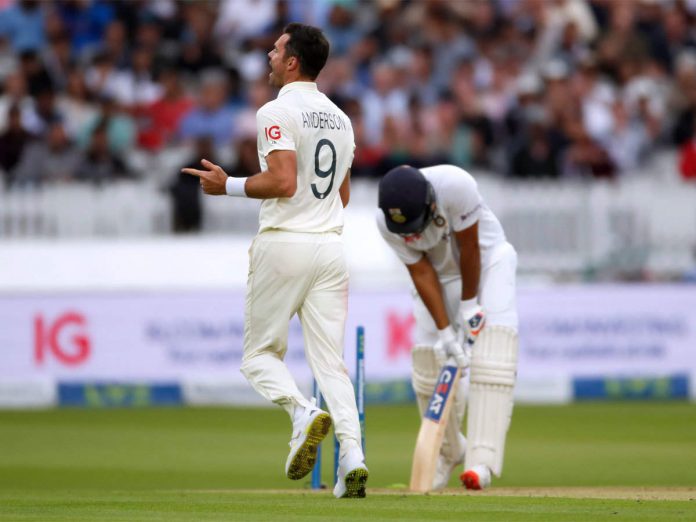 The iconic Lord’s Cricket Ground served as the host for the second Test between India and England. KL Rahul’s staggering ton and Rohit Sharma’s exploits set the tone for the visitors on Day 1. 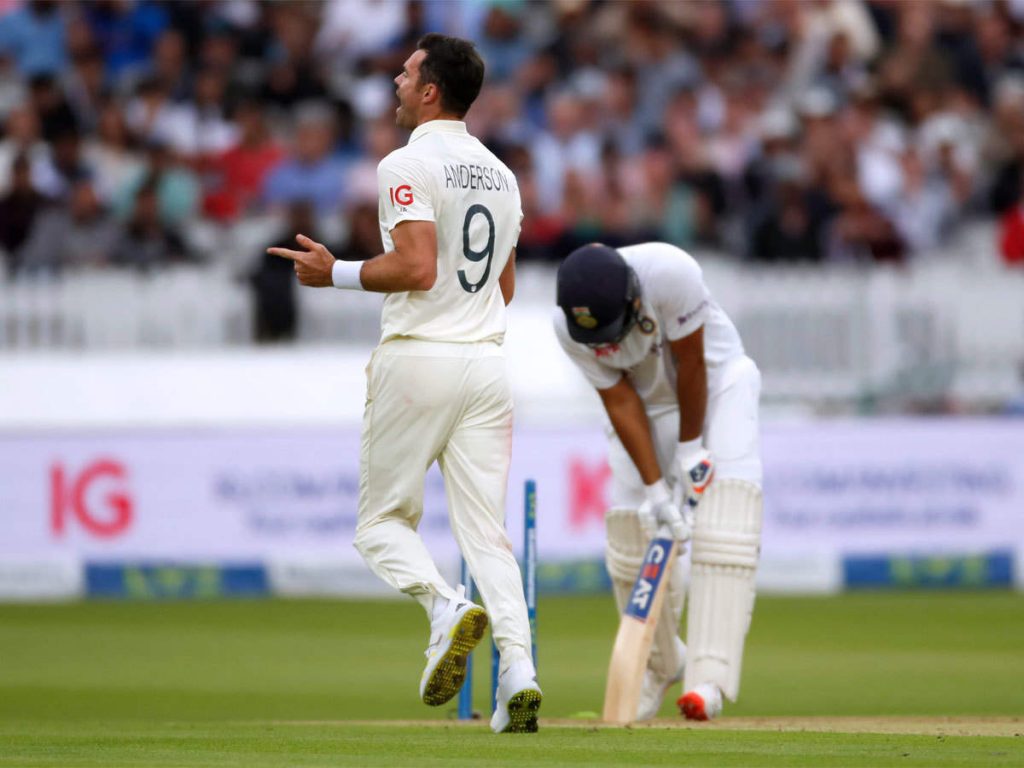 Virat Kohli called the wrong side of the coin once again and was put in to bat by Joe Root. The play was halted briefly due to rain, and the overseas conditions on display played a factor in the English skipper’s decision to bowl on the surface with a light and even covering of grass.

Opening pair of Rohit Sharma and KL Rahul continued their fine touch from Nottingham and started with the utmost caution. The duo were put on a stern test by James Anderson and Ollie Robinson as the ball did the talking for the opening hour of the player. However, after seeing out the initial phase of play, The Hitman got into his groove while KL Rahul stood tall.

India put together their first 100-run partnership away from Asia for the first time since 2011. Rohit Sharma also managed to register his highest overseas Test score. However, he was unable to convert it into a hundred.

The right-handed opener was undone by a delivery from James Anderson that jagged back in. The pacer had set him up with a traditional outswinger, during the ball before his dismissal. Sharma was too early into the shot and could not deal with the staggering seam movement.

Cheteshwar Pujara’s dismal run of form continued as he failed to get to double digits yet again. After getting a reprieve earlier off Anderson, the bowler managed to get the edge of Pujara once again which was safely pouched in the slips.

KL Rahul did one better from his performance at Trent Bridge by reaching the three-figure mark. He became only the third player after Ravi Shastri and Rahul Dravid to score a hundred at Lord’s and the Oval.

India looked on course to finish the day on a high, but Ollie Robinson managed to strike with the new ball. Virat Kohli fished outside the off-stump and got a fair edge which carried straight to Joe Root in the first slip. The visitors finished with 276-3 after the end of the first day’s play.