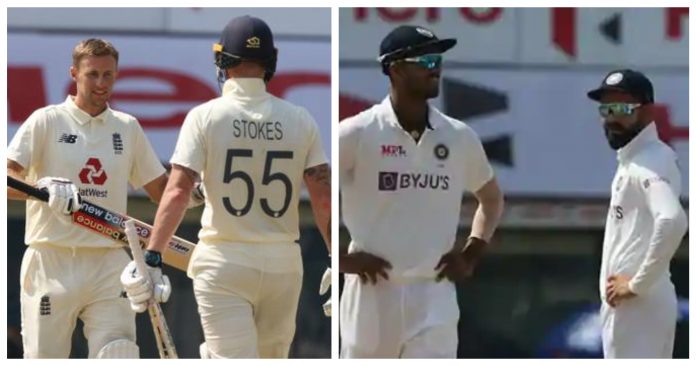 The slow and weary pitch in Chennai showed some signs of life on the second day as England continued to pile on the runs. After bowling for two straight days, India were able to drag down England to 555-8 .Joe Root converted his hard-earned ton to a deserving double century while the hosts fought back in the final session.

The visitors enjoyed a wicket-less first session with Joe Root and Ben Stokes taking full advantage of the slow nature of the track. Ben Stokes took a calculated approach with spin as they aimed for the rough formed on the dusty surface. 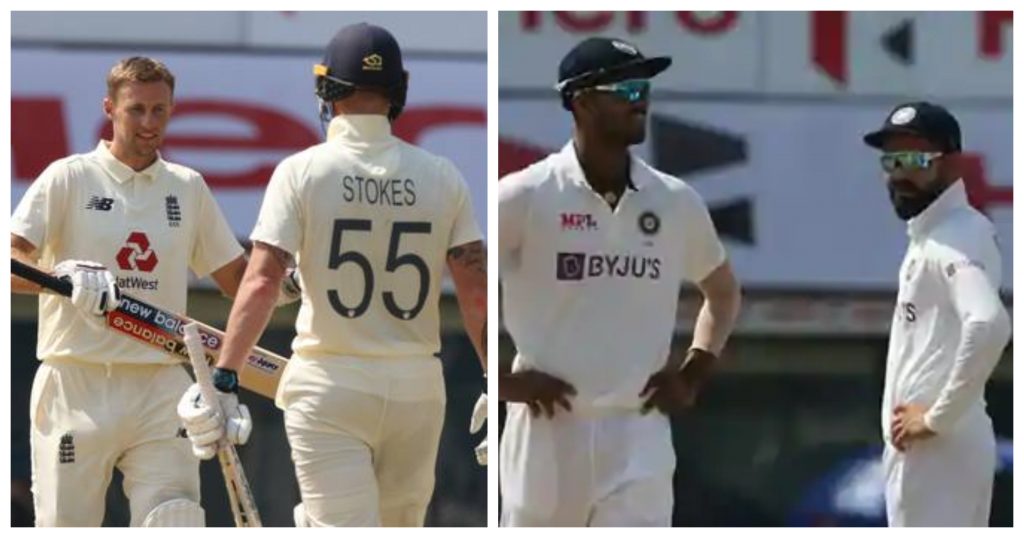 The left-handed all-rounder cranked up the pace after settling and got to his half-century and continued his good run in India.  Joe Root, on the other hand, became the first batsman to hit a double century in his 100th test. The record-breaking innings also marked the first instance a visiting player scored a double ton in Chepauk ever since Dean Jones’ iconic knock in the tied test of 1986.

Stokes’ attempt to up the ante even further brought his downfall, the knock of 82 off 118 comprised of 10 fours and 3 sixes. His shot off Nadeem found Pujara at long leg early in the second session.

The wickets started tumbling once Joe Root departed following his mammoth innings of 218, with Nadeem trapping the England spinner in front. Ollie Pope and Jos Buttler only had brief stints out in the middle.

Ishant Sharma struck twice in two balls to reap the benefits of bowling consistently since his very first over. The day was constantly marred with the bowlers stepping over and registering 19 no-balls, narrowly avoiding their record of 26 no-balls.

While Joe Root had wished for his side to amass over 600 runs in the first innings, his desire for them to play out the entire second day got fulfilled as Indian batsmen hope the pitch plays the same way to match the massive first innings total.

Dropped catches, questionable reviews and bowling 180 overs in humid conditions sums up India’s time at home so far, who still have to remove the dangling stand between Ollie Pope and Jack Leach, early on day 3.