Chennai Super Kings All-Rounder Ravindra Jadeja has been an integral part of the Indian Premier League(IPL) franchise for almost a decade. However, given the current scenario, it seems that his journey with the Yellow Army might be coming to an end soon. He has also been ruled out of the ongoing edition of the IPL due to a bruised rib, which he suffered during the clash against Royal Challengers Bangalore(RCB) on May 4. He was also unavailable for CSK’s game against Delhi Capitals(DC) on Sunday. CSK crushed DC in the outing despite the former being noted as the underdogs by many like these online betting sites.

There have been a lot of speculations regarding his future at the franchise which we will be highlighting in the next section.

Ravindra Jadeja’s future at CSK is up in the air

The all-rounder was the most expensive player for CSK in IPL 2022 being retained for Rs 16 crore. He was assigned the new captain but after only eight matches, Ravindra Jadeja stepped down from the captaincy role in order to focus on his game. He had requested MS Dhoni to take over the charge. The all-rounder has had a forgettable run in the 2022 campaign. He has managed to tally only five wickets in the 10 matches he has played so far. Jadeja even lost his batting form and managed to score only 111 runs. 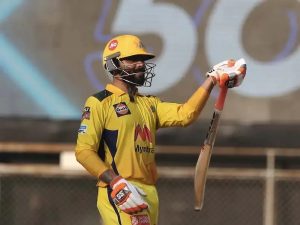 His abrupt departure from the franchise has concerned the fans and also sparked controversy. Many fans and experts believe that he is unlikely to play again in the yellow outfit which has added up on the woes.

The fans have been following the recent controversy and amid all the concerns, Ravindra Jadeja was unfollowed by the franchise on their Instagram handle. This drew some attention from the fans. It seems like a sign of what is to come. An ugly break-up might be on the cards between the two parties, which might as well be the worst separation between a team and one of its leading players.

There have been a lot of speculations about a possible ‘rift’ between the franchise and the all-rounder. Some cricket pundits have also weighed in on the matter. Aakash Chopra had dropped some hints on the matter while previewing the match between Mumbai Indians and Chennai Super Kings. He had said that he feels Jadeja “might not be there next year” for CSK.

“For Chennai I had said that Jadeja won’t play the match and I have a feeling he might not be there next year too,”  Chopra said on his YouTube channel.

Michael Vaughan: “But it might be coming to end… Jadeja at Chennai.”

The former England captain Michael Vaughan recently said Jadeja’s journey with CSK might have come to an end. “There has to be a question mark on Jadeja’s position in Chennai going forward. If he has had a bit of a fall out because of the captaincy, whether he is injured, we’ll have to wait and see what that is. But it might be coming to end… Jadeja at Chennai. A change might be good for both the player and franchise,” Vaughan said on Cricbuzz.

By the looks of it, both the parties have had a fallout. We will now have to wait and see if an official announcement is made regarding him parting ways with the franchise or the matter is swept under the carpet.