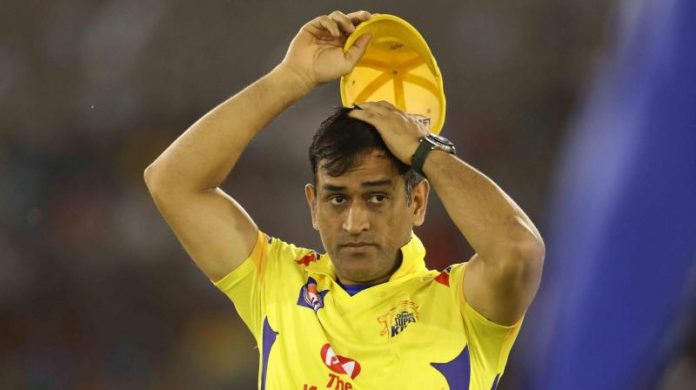 Drab, directionless and meek. If Chennai Super Kings’ season so far had to summed up in three words, these would fit in quite aptly. Something just does not feel right this time around the three-time champions. As MS Dhoni and his charges succumbed to their seventh defeat in ten outings, they were condemned to the rock bottom of the Indian Premier League (IPL) table, quite a change of fortune for the team, which is used to top the tables.

The law of averages has caught up with the CSK as its been a season of far more misses than hits for them, but the epicentre of this despairing sentiment can be traced back to how they’ve repeatedly failed to boss games.

If CSK don’t make the playoffs, it will be the first time that the team won’t be making the next round after 10 seasons. Even before the tournament got underway, CSK were jolted with blows after Suresh Raina, their leading run-scorer, and Harbhajan Singh pulled out.

CSK are next scheduled to face Rohit Sharma’s Mumbai Indians (MI) on Friday, October 23 at the Sharjah Cricket Stadium.Their fate, though, could yet be in their own hands. They can still take their wins tally to seven – which is one more than how many SRH needed to sneak into the playoffs last season, and as many as fourth-placed RR had in 2018.

But on the evidence of their introspective gestures after one of their worst defeats of the season, it appears that their proverbial white flag is up and fluttering.

But they have somehow not been able to get their acts together for the entire 40 overs in this year’s edition and that is hurting their progress.

What has also been a common sight of the end of a cycle at CSK is that Dhoni’s continued commitment towards siding with experience has not brought him his usual results. Even as CSK strung defeats together, there was always a reluctance to replace the old guard.

More evidently, after the game, at the post-match presentation, the 39-year-old made a comment on youngsters in the squad lacking not having shown spark being the reason behind their non-selection. It got a lot of flak as, clearly, not enough chances were given to the youngsters, as compared to a Kedar Jadhav who has accumulated only 62 runs off 5 innings averaging 20.66 and striking at 93.93 in the season so far.

Dhoni’s own batting form has been poor – 164 runs in nine innings at a strike rate of 125.19 – and that, in no small measure, has contributed to the Super Kings, three-time IPL champions, being in the unfamiliar position of being table-proppers. The Super Kings have fielded 17 players so far, some because of injuries to the regular players. And Dhoni said that most of them would get a chance in the remainder of the games, perhaps hinting that he had given up hope of a turnaround.

"It's not always supposed to go your way. We have to see if the process was wrong." – @msdhoni 🦁💛 pic.twitter.com/3EgQHQ0RR8

Has Dhoni lost his charisma

MS Dhoni’s strong finishes and batting prowess is one of the reasons why CSK saw themselves among one of the most successful sides in the history of IPL. That blueprint of success worked wonders for them for many years, but this season has failed to see the proven formula materialise. There’s still some wiggle room to bounce off from the backs-to-the-wall situation they find themselves in.

The grim situation that CSK find themselves in leads us to the question: Is CSK’s Dhoni factor now a thing of the past? The charisma of the Ranchi batsman down the order had always made any target look achievable for the Chennai side in the past and even when it didn’t, the hope was not entirely lost.

But that equation has seen a dramatic shift and Dhoni’s floating batting position is giving an abundant indication that the man himself is in the lookout for a stable corner in the batting line-up. The team’s conservative starts have not helped the cause of the lower order, including Dhoni, either and the entire team is now facing a massive challenge of adaptability in its batting strategy.

So far, Dhoni’s leadership with his unenthusiastic body language has failed to impress. Till the coronavirus pandemic hit the cricketing world, many had hoped that the man would explode in IPL to prove his critics wrong and make it to India’s squad for the T20 World Cup squad for Australia around this time of the year.

This very well could be the beginning of the end of MS Dhoni’s legend at Chennai Super Kings!