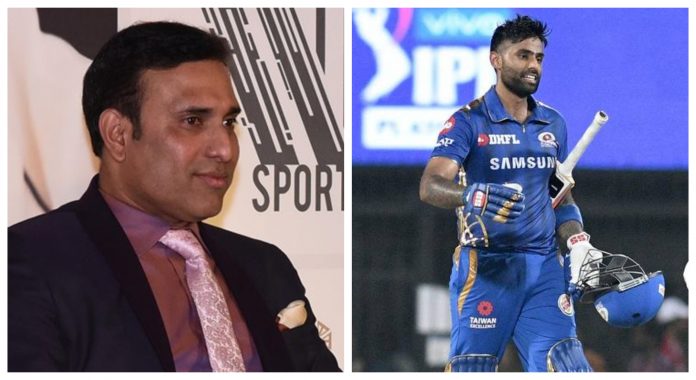 After playing the fourth and final Test against England, both teams will take on each other in the shortest format of the game. However, three new players have earned their maiden call-up – Youngster Ishan Kishan, Rahul Tewatia and Suryakumar Yadav. While they were rewarded for their stunning show in the Indian Premier League 2020, it was Yadav whose inclusion made much hype as well.

He was on the verge of getting a call-up but he was left out of India’s T20I squad for the Australia tour and that didn’t go down well with many. However, now that he is a part of the squad, former India player VVS Laxman is excited to see him bat.

“He is so elegant, he is technically sound, great shots against the spin bowlers and the fast bowlers, I think he is an exceptional T20 batsman,” said Laxman on the Cricket Connected Show on Star Sports.

“Coming into the Indian squad is a dream come true for anyone because they work hard, there is so much of competition and once maybe the toughest dream in their life has been realised, nothing more pleasing and satisfying than that. What he has done is the right way to break open the door,” he further added.

It is also noteworthy that, Suryakumar Yadav had a successful Vijay Hazare Trophy where he scored 50 against Delhi, 133 against Puducherry and 91 against Himachal Pradesh as well. And, VVS Laxman feels that the swashbuckling batsman deserves to be in the team.

“He has gone back to first-class cricket, scored tons of runs for Mumbai. When he is playing in the IPL, he is the main batsman along with some of the stalwarts in the Mumbai Indians team and wins matches, not only scores runs but handsomely wins matches for them,” concluded Laxman.