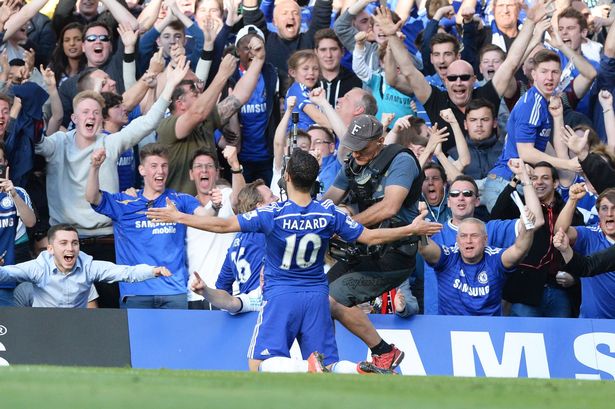 Eden Hazard has been the best player to play for Chelsea in the last 7 years undoubtedly and arguably the Premier League as well. Chelsea fans have loved him since his arrival at the club as he showcased his dazzling talent on the ball to score goals and create them for Chelsea F.C. Every story has an end, and so has ended the Belgian captain’s time at the London club. Before leaving for Real Madrid for a reported fee of 88M Euros plus bonuses, Hazard has posted a quite emotional letter on his social media profiles and reciprocated the same love Chelsea fans have given him over the years. 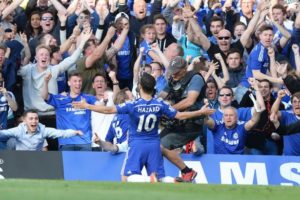 To my Chelsea friends and family,

You now know that I will be joining Real Madrid. It’s no secret that it was my dream to play for them since I was a young boy just scoring my first goal. I have tried my very best not to distract myself or the team through this difficult period of speculation and media attention, especially the last 6 months.

Now the Clubs have reached an agreement I hope you understand I had to pursue my next chapter, just as each and every one of you should when you have the chance to pursue your dreams. Leaving Chelsea is the biggest and toughest decision in my career to date. Now it’s in the open I would like to put on record one thing was always clear to me, I have loved every moment at Chelsea and not once did I ever consider, nor would I have left for any other Club.

I was only 21 when I joined, so I have grown up as a man and a player with all of you, you have helped me become Captain of the Belgium National team after all. There have of course been tough times, for the team as a whole and for me personally, this is professional football. However, football to me is about having a ball at my feet, playing games and enjoying every moment, we are lucky to play the beautiful game and this is always my advice to those who ask for a coaching tip! Play football and have fun!

Even when we were not playing well, I tried to do my best and this has been thanks to your amazing support. That fighting spirit, desire and the refusal to ever give up is part of the culture here at Chelsea and it comes directly from you.

When I think back over my special moments in a Chelsea shirt, there are so many, we are lucky to win many more games than we have lost. Those who know me understand it is not me to list what I have won, all I can say is each and every award both as a team and as an individual have been incredible. One day I will be able to sit down over a beer and talk about or laugh with pride about my missed penalty that set up my header to win the league against Palace, or those goals against Tottenham, Arsenal or Liverpool.

The memories are so vivid because of the atmosphere and occasion you create, I hope you always remember them with pride, as I do. Whether it’s on tour in the USA, or at Sunderland on a Tuesday night, in Russia on a Thursday, or of course EVERY game at The Bridge – you’ve always supported me and encouraged me to play football and be me – Like I have enjoyed myself I hope you have enjoyed yourselves, I am only sorry not leave with a defending award amongst my honours!

We have many great players and my proudest moments were always as part of the team. We’ve won the FA Cup, League Cups, Europa Leagues and Premier Leagues all as a family. Each one so special in its own way and of course the game in Baku a couple of weeks ago is the perfect way to sign off from a long tough season after the World Cup.

Chelsea and especially Chelsea fans will always be special to me and next season I will look for your results first. I hope that we are drawn against each other in the Champions League next season and every season so we can meet again.

Before I go, one last thank you to everyone at the Club for their tremendous effort as we lived through every moment. To all of my ex-Colleagues we will say our goodbyes at the right time but I must thank the owner Mr Abramovich and his board for helping me realise not one, but two dreams, my first in becoming a Chelsea player and today my second, becoming a player at Real Madrid.

I wish each and every one of you the very best my friends.

We wish Eden Hazard luck for his new challenge at Real Madrid and hope he keep shining for years to come!

Jurgen Klopp’s sly dig at Man Utd ahead of the Manchester...