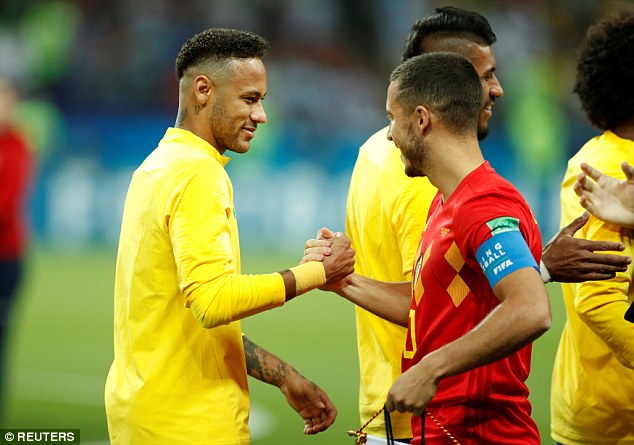 Eden Hazard and Neymar Junior are household names in Europe and South America respectively. At some point in this modern era of wingbacks ,sweeper keepers, consecutive hat-tricks matches and Balon d’Or dominance , we have seen thing performed by both these players that made the voice in our head say ‘oh! he’s going to be the best player in the world.’ Although it would take a hefty sum of favourable odds for one to predict who between Eden Hazard or Neymar Jr. would sit on the throne of kings who go by names of Lionel and Cristiano, one can fairly easily say who between them is closer to reaching that throne as we speak. 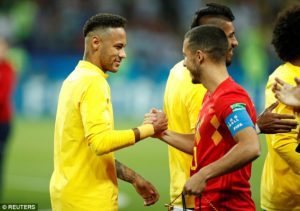 Neymar Jr. has played for one of the biggest clubs in Brazil in the form of Santos and two of the most famous clubs across the globe : Barcelona and Paris SG. While he’s spent years in both of the European giants , the Brazilian winger has racked up goals and assists in cartloads. Quantitatively analyzing Neymar over the years in Europe, this is what he has summed upto : 105 goals and 76 assists for Barcelona ; 43 goals and 23 assists for PSG. In terms of silverware, Neymar Jr. has quite a lot of exclusives – 2 La Liga’s ,1 Ligue1, a Club World Cup, 1 Champions League winners medal alongside a handful of domestic cups.

Subsequently , Eden Hazard has been parallel to this sizzling Brazilian in a multitude of aspects. While the stats arent so prolific , the average match ratings and trophies compensates for the same. The Belgian winger has his own share of top drawer silverwares – 2 PL trophies, 1 Ligue1 , 1 Europa League and a World Cup Bronze Medal.

If their performances are likewise in a broader spectrum, how can one take an educated guess on who’s the next GOAT between the two?

2. Versatility : Not always does a manager get to play his ace player in the player’s desired position. Here is where Eden Hazard glides past Neymar in a comparison like he glides past defenders on the pitch. False 9 , either wings , centre attacking midfielder , Striker – the Belgian captain has excelled in it all. Neymar Jr. struggles to find unlocking passes in central positions. Hazard’s superior passing and dribbling was the key factor in the most decisive head to head match between the two – the World Cup 2018 Semi Finals. Hazard had 9 dribbles and as many chances against Neymar’s Brazil.

3. Attitude – This parameter is an argument won in itself. A superstar needs a superstar attitude. The gulf between the two players was evident in the World Cup. While Hazard tirelessly unlocked defences for his teammates, Neymar seemed to have a difficult time getting off the floor. A amorous temper gives the Belgian a tick in his checkbox.

The debate might get turned upside down in the future but for now it seems that Messi and Ronaldo’s heir apparent is Eden Hazard.