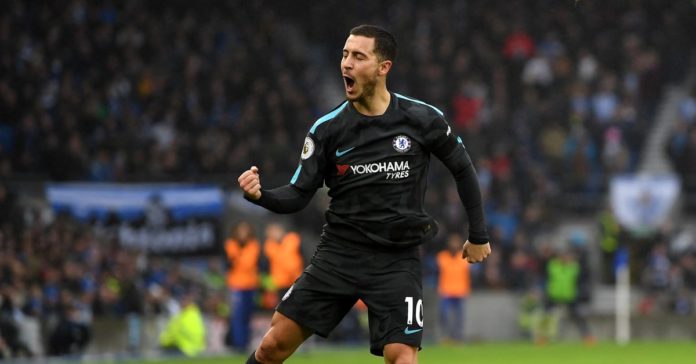 Chelsea are on the back of a brilliant victory against City last Sunday and have followed it up with 3 more points at Amex stadium against a competitive Brighton team by winning with 2 goals to 1.

Back in January Eden Hazard scored a brace in a 4-0 romp on the south coast – and he destroyed the Seagulls again by half time today. The Belgium forward, playing in the centre-forward role he is not that keen on but often looks right at home in, made one for Pedro and then scored one himself inside 34 minutes.

The Belgian international now has eight goals and nine assists this season and could be on course for his best campaign ever.

“I think that Hazard could have played better because his level is a very high level,” said Sarri. “He can do more for him and for us.

“But I think after the two injuries, he lost the physical condition. Now he’s improving. In one or two matches he’ll be back at the top.”

Hazard suffered a knock in the game. “I think that we played a good match,” said Sarri, who confirmed Hazard’s injury was not serious.

“We could have won by more goals. We conceded a goal in a moment when we were in full control. The last five minutes against a very physical team were difficult to manage.”