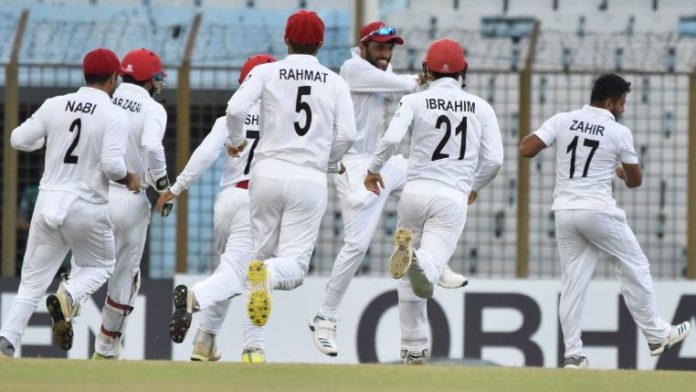 Just as the popular quote which goes “When life gives you lemons, you make lemonade out of it”, Afghanistan abided by it to record a historic victory over Bangladesh on hostile territory. Having faced numerous obstacles over the course of their short journey so far, the Afghans were able to thwart the threat posed by the rain to make the victory even sweeter.

Having dominated the initial four days of the test, it was time for the boys led by Rashid Khan to put the cherry on top on the final day. Playing on a dustbowl with 4 spinners, picking up 4 wickets on the final day would have been a walk in the park. 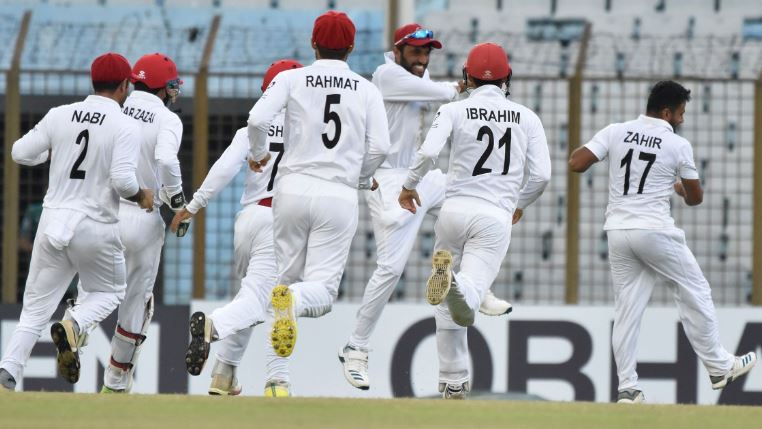 However, fate had other things planned, dark clouds engulfed Chattogram to put a damper to the spirits of the Afghan faithful and the players as well. While a victory for the Asia-Cup runners-up seemed an impossible proposition but the rains would sure be an escape route for them.

Playing only their third test, and having learned the taste of defeat in their first bout itself, Afghanistan’s hope for victory were fading with each drop striking on the ground. Sacrifices were fruitful and prayers were answered as the clouds finally decided to drift away from the Zahur Ahmed Chowdhury Stadium.

Until the time the inevitable showdown occurred, the equation was reduced to 4 wickets off 19 overs. The task was steep considering that the opposition skipper Shakib Al-Hasan was standing guard at the other end. But the visitors were not going to stand by as they prepared to unleash a barrage of spin at them.

While the rain faded away as a potential obstacle, the damage was already done, unfortunately. The rank turner from the first four days tragically turned into a moisture-laden barren strip. Afghanistan’s strongest weapon in their arsenal did not seem to be plausible anymore.

The visitors were used to obstacles and just like the others, they were willing to face them head-on rather than succumb to it. The main prospect on their agenda was to strike early and remove Shakib al-Hasan. Left-arm chinaman bowler Zakir was able to hit two birds with a single stone as he probed Afghanistan with a crucial early breakthrough.

Bangladesh stood unfazed as the next pair of Soumya Sarkar and Mehidy Hasan appeared to be composed enough to see off the rest of the overs. That was until a doosra from the magician known as Rashid Khan robbed them in broad daylight. Completely deceiving Hasan by trapping him right in front, the side saw the light at the end of the tunnel.

Fate’s role was not over as of yet as Bangladesh blew threw their last review and it made a huge impact. Luck stood with the visitors for the first time as Taijul Islam was wrongly adjudged LBW, only to return back to the pavilion.

After a lot of close calls and bowling changes, the moment finally arrived with 3 more overs remaining when Rashid Khan cramped Soumya Sarkar of room which resulted in a wicket that could well be the turning point in Afghanistan’s test journey.

What unleashed when the umpire’s finger raised was an explosion of raw emotion as Rashid Khan embarked on a run toppling criticism and the ghosts of their past.