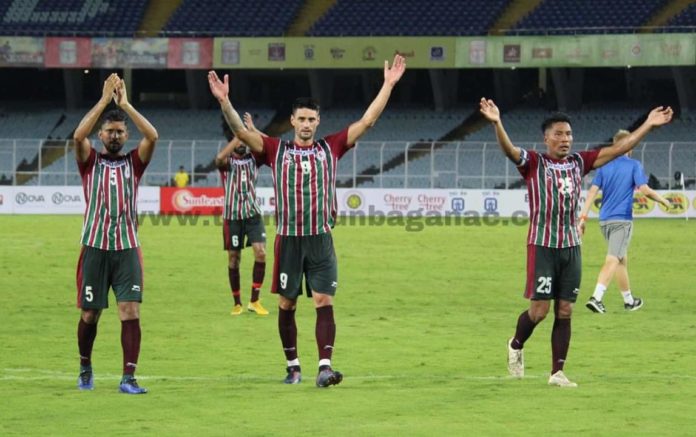 One of the oldest tournaments of Indian football, Durand Cup is going to take place at Kolkata this season. The first of this prestigious tournament has started with the match between two Kolkata Giants Mohunbagan Athletic Club and Mohamedan Sporting. 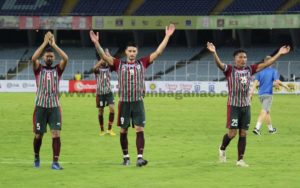 It was the first match of the season for both the clubs. Mohunbagan trashed Md Sporting in the first match with a margin of 2-0. Salvador Perez Martinez scored both the goals for the winning side. After the beginning of the match, Mohunbagan was looking brilliant in the field. They were seeming to be the fitter side between the two in the first half.

Mohunbagan used all their four foreigners in this match. The number 10 of Mohunbagan, Joseba Beitia was certainly the best player in the pitch. He was controlling the gameplay from the middle of the park. Both the goals of Salvador Perez Martinez came from the headers in the first half. Kibu Vichuna’s men were in the pole position after the end of the first half with a scoreline of 2-0 in favour of them.