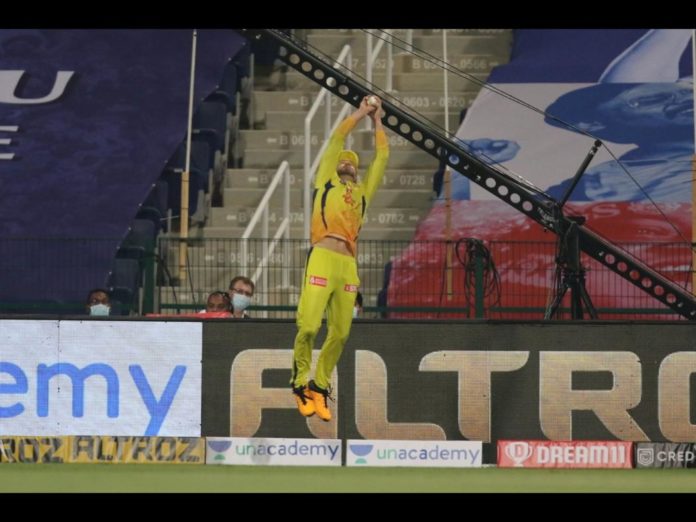 Faf Du Plessis has asserted his status as one of the most reliant fielders in the world with some brilliant catches to his name. The South African’s fielding has been a sight to behold in the recent IPL seasons. Du Plessis showed no rust whatsoever after being off the field, by claiming two stunners in the deep to bring Chennai Super Kings back into the game.

Saurabh Tiwary and Hardik Pandya were looking to take the game away from the three-time winners with their command in the middle overs. Desperately looking for a wicket to break the blooming stand, MS Dhoni brought in Ravindra Jadeja into the attack who had gone for 37 in his first 3 overs. 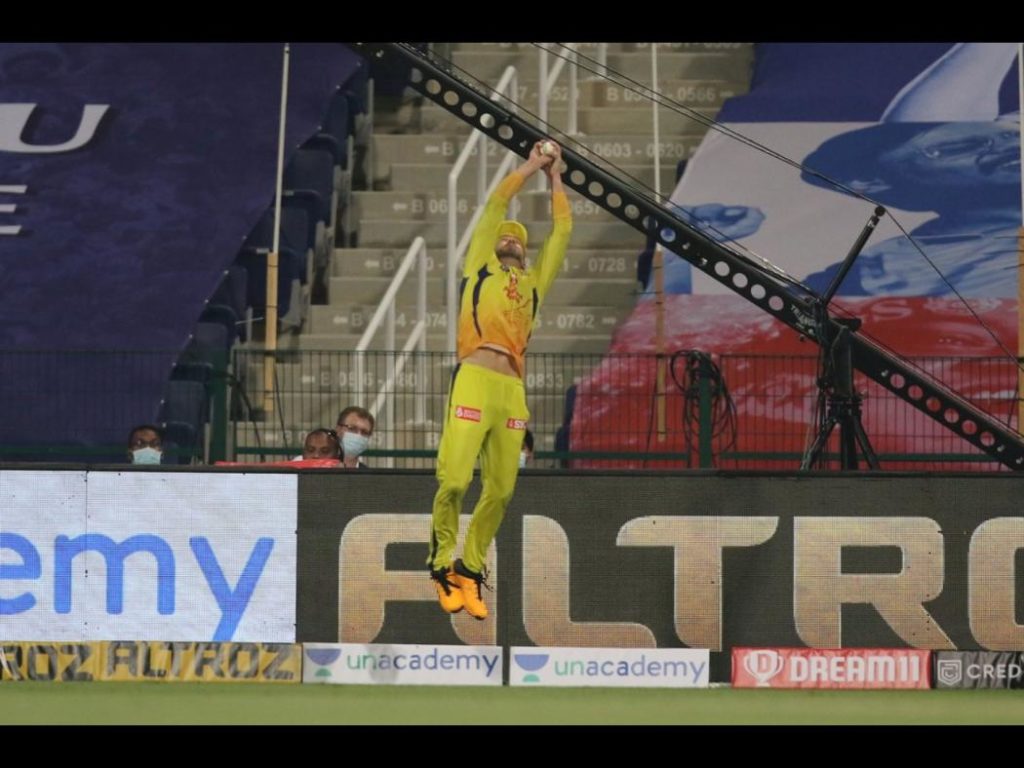 With the first ball of the over, Jadeja scalped the wicket of left-handed batsmen Saurabh Tiwary owing to smart work by du Plessis on the rope. Tiwary heaved the ball hoping to clear long-on. However, the athletic fielder timed his jump to perfection to grab a hold of the ball, but with the momentum carrying him over the line, he tossed the ball up to go beyond the ropes.

He then quickly recovered to pouch the ball safely inside the ropes and seal Tiwary’s long walk back into the pavilion.

One was not enough for Du Plessis

Du Plessis bettered his effort from the first ball, to grab yet another stellar catch on the ropes to send back the dangerous looking Hardik Pandya. Off the penultimate ball of the over, Pandya struck the ball hard down the ground in a bid to add another boundary.

Pandya’s brilliant strike racing en route the long-off boundary was met with a leaping Faf du Plessis, who once again, displayed a flawless display of presence of mind and balance to claim the catch.

Watch both the catches right below: