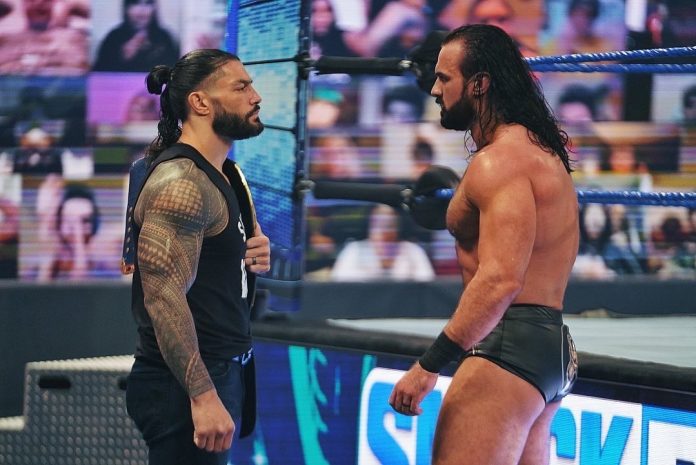 Drew McIntyre and Roman Reigns are two of the biggest names currently in WWE. McIntyre is a former WWE Champion while Reigns is WWE Universal Champion. The encounter between the two heavyweights never fails to entertain the fans and ‘The Scottish Warrior’, who was recently drafted to Friday Night SmackDown, wants to square off against ‘The Tribal Chief’ for the Universal title. It turns out McIntyre wants to build up a match with Reigns at WrestleMania 38. 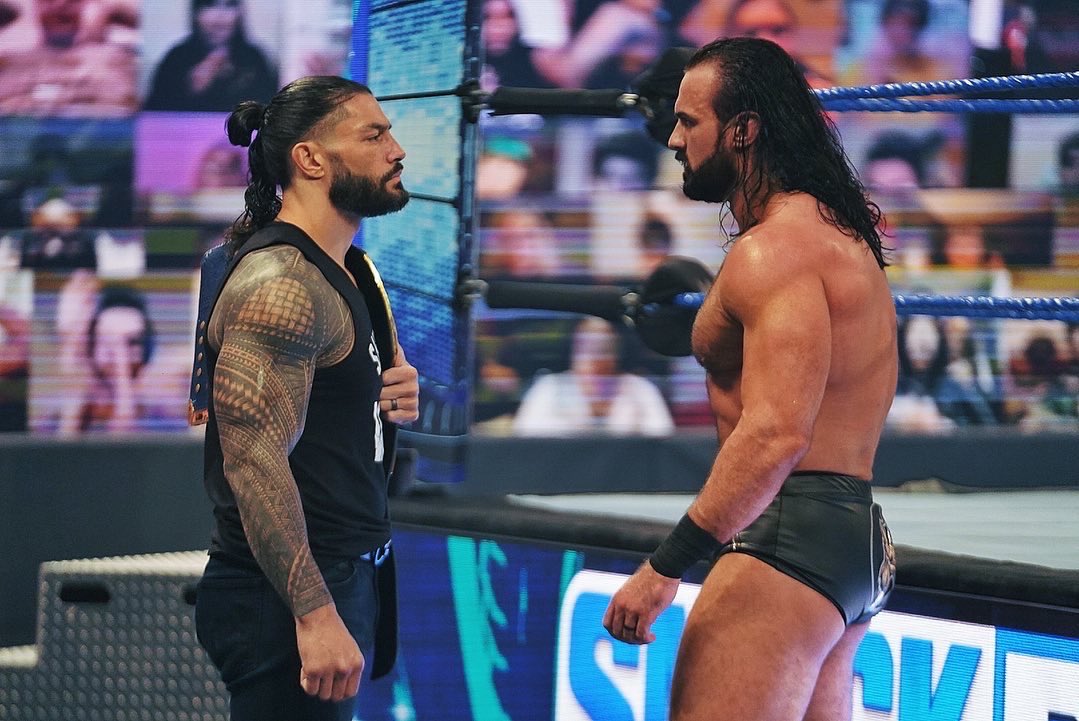 While speaking on Busted Open Radio, Drew McIntyre talked about his WrestleMania plans and explained why he is in no hurry to face off against Roman Reigns. He simply wants to build up to eventually facing Roman Reigns.

He said: “I see myself in the title match with whoever is the champion at the time. Or, even better, I’m champion going into it. That’s where I want to be, that’s what I am working towards. In fantasy land, I don’t even want to be anywhere near Roman until then. He is such equity, he’s so high above everyone right now with the roll he’s been on.”

Last year at Survivor Series pay-per-view, WWE Universal Champion Roman Reigns and then-WWE Champion Drew McIntyre had locked horns. It was the former who got the better of the latter in the blockbuster Champion vs Champion match after winning by submission.

This year, Reigns is set to face WWE Champion Big E at the same pay-per-view this Sunday. We will have to see how WWE decides to book the storyline between Reigns and McIntyre moving forward.