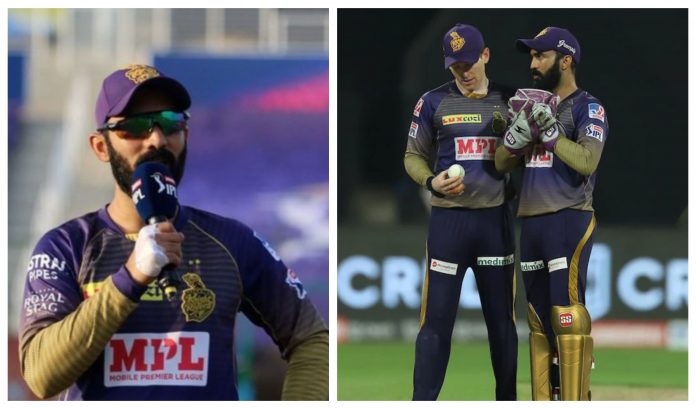 Kolkata Knight Riders have a shift in leadership as Dinesh Karthik vacated the post by stepping down and handed the role to Eoin Morgan. The World Cup-winning skipper will lead the side from now, starting with tonight’s clash against the defending champions Mumbai Indians.

Dinesh Karthik was bestowed with the responsibility of captaining the side ever since the departure of long time leader Gautam Gambhir. The wicket-keeper batsman managed to lead the side into the playoffs during his very first season as captain, but the team narrowly missed out on a top-four spot last time around. 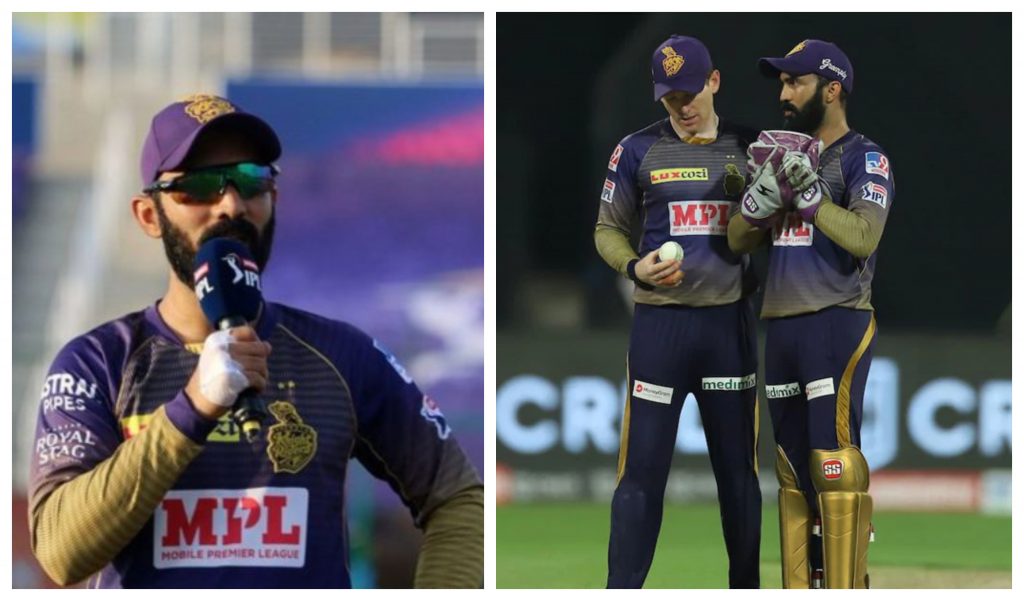 The highly anticipated season has brought forward a mixed season so far for the two-time IPL champions. Despite a heavy loss against Mumbai Indians in their opening fixture, the team were able to pull things back and create momentum in the next fixtures.

However, a tame defeat to Royal Challengers Bangalore followed with scrappy wins over Chennai Super Kings and Kings XI Punjab. Pressing issues such as Sunil Narine’s action, the form of the middle order are some of the things to ponder for Eoin Morgan as he steps into this role.

Karthik aims to focus more on batting with this switch, claims franchise 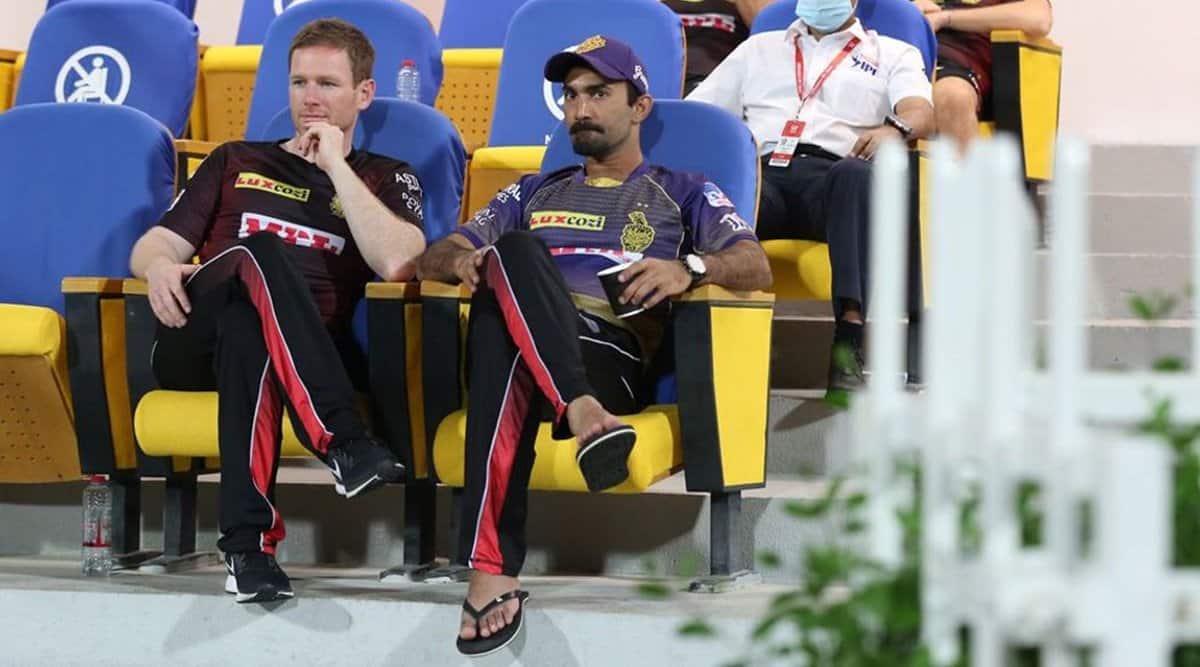 After only being able to muster 108 runs across seven innings which included a fifty, Karthik’s batting form has been a major cause of concern for the KKR middle order.

The CEO of the franchise Venky Mysore lauded Karthik’s decision to step down for the team in order to focus more on his batting.

“We are fortunate to have leaders such as DK, who has always put the team first. It takes a lot of courage for someone like him to take a decision such as this. While we were surprised by his decision, we are respectful of his wishes.”

He also added that since vice-captain Morgan has complemented well with Karthik in the state of affairs, the transition should be seamless.

“We are also fortunate that Eoin Morgan, the 2019 World Cup-winning captain, who has been the vice-captain, is willing to lead the side going forward. DK and Eoin have worked brilliantly together during this tournament and although Eoin takes over as captain, this is effectively a role swap and we expect that this transition will work in a seamless manner,” Venky Mysore said