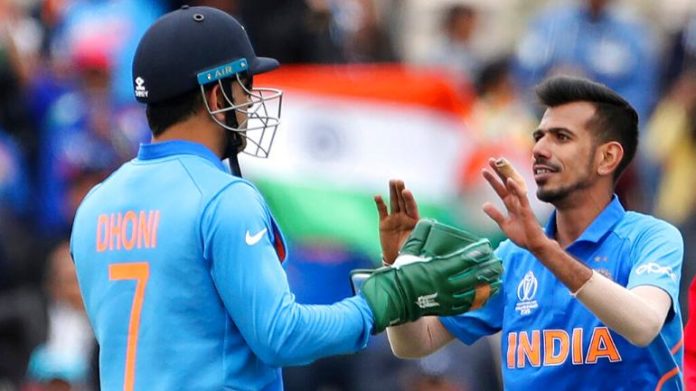 A lot of attention was gathered by MS Dhoni’s wicket-keeping gloves in the first match that India played in the World Cup. MS Dhoni sported an insignia of the Indian Army on his gloves. This has sparked a controversy as the ICC asked Dhoni to remove the Insignia because it violated the rules of the ICC.

The BCCI, however, has come in support of the former skipper. The chief of the Committee of Administrators (CoA), Vinod Rai has said that the Insignia does not symbolise a religion or is commercial and hence does not violate any rules.

While talking to the PTI, Rai said, “The BCCI had already sent a formal request to the ICC for clearance. As per ICC regulations, players can’t sport any commercial, religious or military logo. There was nothing commercial or religious in this regard as we all know.”

“And it is not the paramilitary regimental dagger that is embossed in his gloves. So Dhoni is not in breach of ICC regulations,” Rai added.

Rai’s entire argument in defence of Dhoni was based on the word ‘balidaan’, which is a part of the emblem but was missing on the wicket-keeper’s gloves.

Dhoni is an honorary Lieutenant Colonel in the Parachute Regiment of the Indian Territorial Army.

Rai has also stated that BCCI is planning to make a move, wherein they will ask the ICC to let Dhoni continue the usage of gloves bearing the Insignia.

“I think there has been a request to get it removed and not an instruction,” said Rai when asked about what if the ICC kept insisting on the removal of the Insignia or put sanctions on the former captain.

He also added, “As far as we are concerned, the BCCI CEO (Rahul Johri) will be reaching there before the Australia game and will be speaking to the senior ICC officials.”