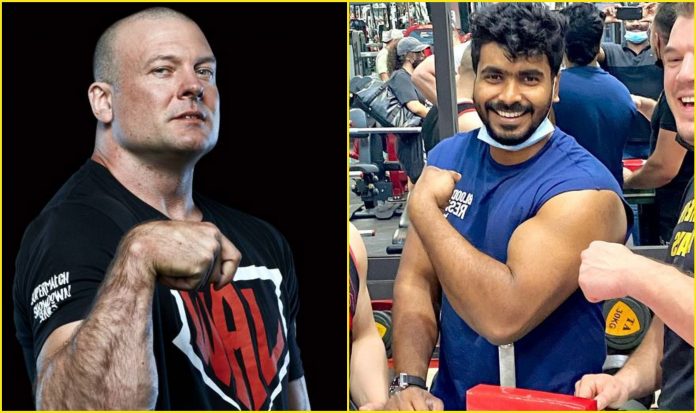 The match-ups will take place at Conrad Dubai in the United Arab Emirates and the event is sanctioned by the World Armwrestling League.

A heavyweight match-up between Devon ‘No Limits’ Larratt and and ‘Monster’ Michael Todd in what is regarded as the biggest Arm Wrestling match in the history of the sport. The event has been organised by social media sensation, Larry Wheels.

It’s a big deal for Mazahir Saidu as this will give him immense exposure competing in a grand stage. Mazahir Saidu is the Indian National Arm Wrestling Champion & UAE Heavyweight National Champion.

What is Mazahir Saidu’s game plan against Coach Ray?

Ahead of the mega event, Mazahir Saidu had a short interview session with Devon Larratt on the Canadian’s youtube channel, where Saidu talked about fighting on such a grand stage and his gameplan heading into his fight against Raimonds Liepiņš aka Coach Ray. 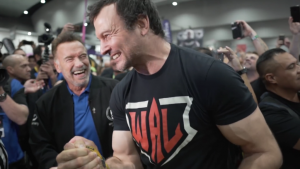 Mazahir acknowledged that Ray had a strong press and he was going to do everything he can to get out of that.

“Yeah, I have messed around with Ray in practice. His press is very strong and the only thing I have to do is escape his press and I have to find a way for that.”

Having trained with Coach Rays, Mazahir also added that he has a better chance of winning the fight in the first attempt itself and not let the fight go to straps.

“I would prefer the fight to be outside of straps,”.

How did Mazahir Saidu start his arm wrestling career?

While Mazahir was born in India, he was brought up in UAE. His Arm Wrestling career hasn’t always been stable either. As he adds that he is a Chartered Accountant by profession and he has had to take off for a couple of years to complete his studies.

“It was on and off. I am a chartered accountant by profession and I went for my higher studies and from there I started [Arm Wrestling] and I did Arm Wrestling for like two years from 2011 to 2013 and in 2015, I went for the nationals in India, which I won in the 90kg category. Then I moved to UAE, where I won the UAE championship in 2016 in the heavyweight division. Following my win in 2016, I stopped again for my higher studies and returned to the sport in December of 2019,”.

The interview ended with Devon Larratt calling Mazahir Saidu as the ‘Strongest Indian national’ he has ever wrestled. 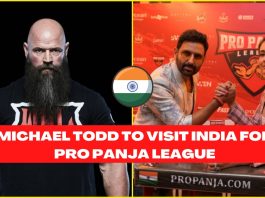 ‘Monster’ Michael Todd is all set to visit India for the... 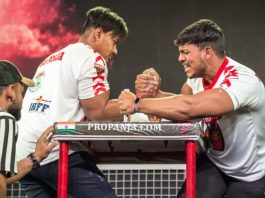 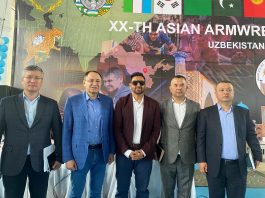