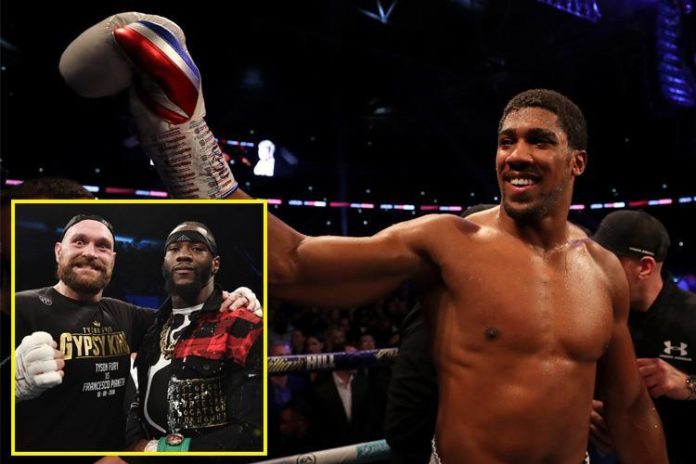 Meanwhile, the unified WBA, IBF, WBO champion will not even be present in the Arena to watch the fight. He is coming off of a knockout win over Alexander Povetkin and he plans to fight on 13th April at the Wembley Stadium next year and although he doesn’t have any opponents fixed yet, it is expected that he will fight Deontay Wilder if he wins against Tyson Fury. 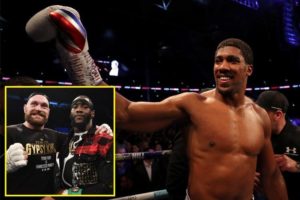 However, WBC heavyweight champion isn’t too impressed with Anthony Joshua and he wants British boxing fans into bullying Joshua into fighting him.

“Anything can happen with the potential Joshua fight. The biggest fight in the world right now is me and Fury. My focus is on this now“. Wilder said at the press conference.

“But the Joshua fight is something I want too but his people don’t want it. They say that they want it but they don’t.

“The only way they can make it materialise is if you guys over there in the UK make it happen and stop all the bull**** that his promoter Eddie Hearn always keeps on talking about.”

He asked Joshua’s critics and supporters to demand the heavyweight showdown as soon as possible or we won’t be able to see the fight.

“If this continues then there won’t be a Joshua-Wilder fight.

“There will never be me and him getting in the ring together. They will never see me knock Joshua out.

“They don’t want it because they know I’m the most dangerous man in the business. I have a blessing and a curse and these guys don’t want it.

“It’s one of those fights that it might one day happen or maybe it never will. It’s uncertain. Not because of Deontay Wilder but because of them.”

Do you guys think Wilder and Joshua will fight next year?

Boxing: Tyson Fury says that even his wife thought he was too fat to make a comeback