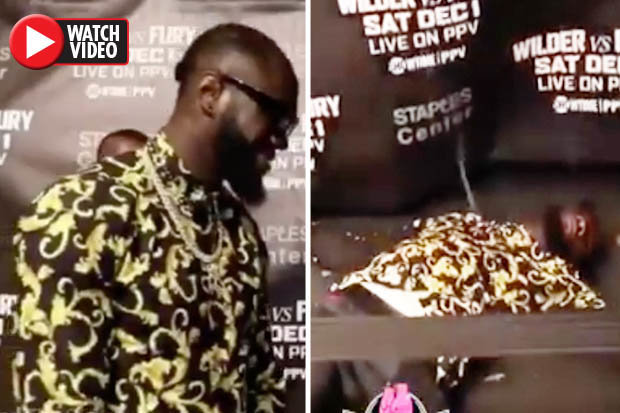 Tyson Fury and Deontay Wilder are set for a big heavyweight showdown at the Staples Center in Los Angles, California on Dec. 1.

This is the biggest heavyweight fight to be staged on the American soil in a long long time and for the first time in more than a decade, a heavyweight clash is scheduled to air on Pay-per-view. 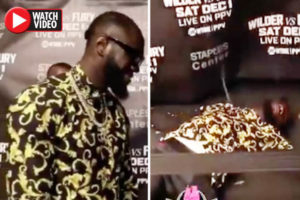 The tickets are moving very fast and demands are very high and the successful three-city promotional tour has definitely caused a huge buzz amongst boxing fans as they managed to sell $1million (£770,000) of tickets in just 25 minutes.

In an interview with Michelle Joey Phelps from Behind the gloves broke the news to wilder.

And he looks at the camera, says “oh my God,” before dropping to the floor. But the 32-year-old was only messing around and manages to get back to his feet.

“I appreciate you guys so much, two months still to go let’s go baby.” Wilder said.

Boxing: Rising Mexican star Jaime Munguia might be back on Canelo...

Boxing: Anthony Joshua vs Jarrell Miller fight in jeopardy as the...