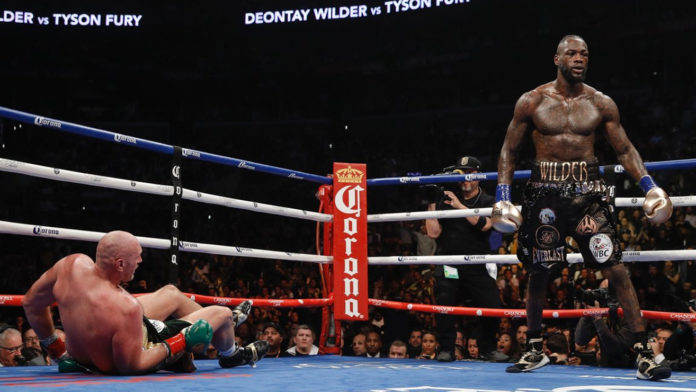 The WBC heavyweight champion of the world Deontay Wilder might not be fighting Lineal champion Tyson Fury in a rematch anymore as the latter has signed his own massive deal with sports broadcasting giant ESPN. 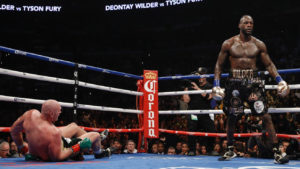 But now even Wilder has been offered a mouth-watering three-fight deal worth ₹700 Crore ($100 Million) by John Skipper of DAZN. The news was first reported by Mike Coppinger of Fox Sports.

Wilder and his team are deliberating. One thing is certain: he will defend his heavyweight title against Dominic Breazeale next. A press conference will be held Tuesday in New York. We wait to find out if the fight will land Showtime PPV or DAZN

According to Coppinger, The exact parameters of the offer are unclear, and it’s not known if the unified heavyweight champion Anthony Joshua’s side have signed off yet.

Wilder last fought against Tyson Fury at the Staples Center in Los Angeles the last December where the fight ended in a controversial draw. In a classic battle of the two big heavyweights, many scored the fight for Tyson Fury even though he got knocked down twice in round nine and twelve.  The judges gave Wilder the nod 115-111 on one card, Fury 114-110 on another and the third scoring the fight 113-113.

In the meanwhile, Wilder will defend his title against Dominic Breazeale next. A press conference is scheduled to take place in New York on Tuesday.

If Wilder signs with DAZN, an undisputed heavyweight unification between Wilder and Joshua becomes easily possible.