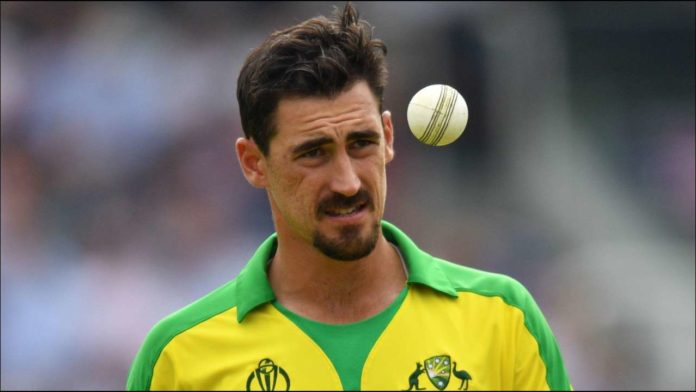 Australia is on a five-match winning streak now. The reigning champions are the first and the only team so far to have qualified for the semi-finals this year. The Aussies have registered only one loss, and it came against India in their third match of the tournament. For Starc, that loss against India was the turning point for the defending champions. Australia sits on the top of the table and with a convincing win against New Zealand on Saturday, they have extended their lead there.

According to Starc, it was the loss against India that helped the Aussies lift up their game. After the game against New Zealand, Starc said, “Since the India game, we’ve taken wickets through the middle fairly regularly. Whether it’s attacking more or I think the biggest part was the execution.”

Starc said that they were a little off in the game against Australia. But pot that, they have come together as a group and improved a lot. However, post the game against New Zealand, the pacer claims that Australia’s best is yet to come.

“We’ve always spoken about peaking towards the back end of the tournament, and we’re still searching for that perfect performance. We’re not quite there yet. We’re showing glimpses of what we are capable of with the ball and with the bat and in the field, but we have still got room to improve, and that’s exciting for this group,” he said.

Starc’s 5 for 26 against New Zealand was Starc’s third 5-wicket haul in World Cups. This is a World record. He is the 6th highest wicket-taker in World Cups, with a tally of 46 wickets. However, there is no other bowler anywhere near his bowling average of 12.97.

The Man of the Tournament from 2015 says that wins motivate him more than his personal records. “A big part of our victories is our calmness and I think that’s probably led by Finchie (Aaron Finch). He’s been fantastic as a captain. I think there’s a real sense of calmness around the whole group, not just from the bowlers but from Finchie to all the fielders,” felt Starc.