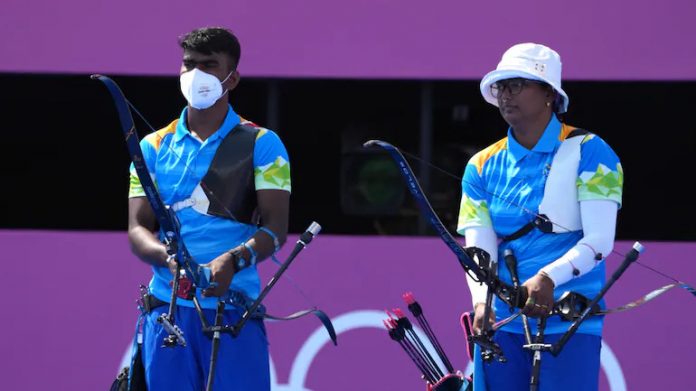 The Indian mixed archery pair of Deepika Kumari and Pravin Jadhav India has been eliminated from the Mixed Archery event at the ongoing Tokyo Olympics. They suffered a loss in a 6-2 contest against the South Korean duo of An San and Kim Je Deok in the quarter-final clash on Saturday. 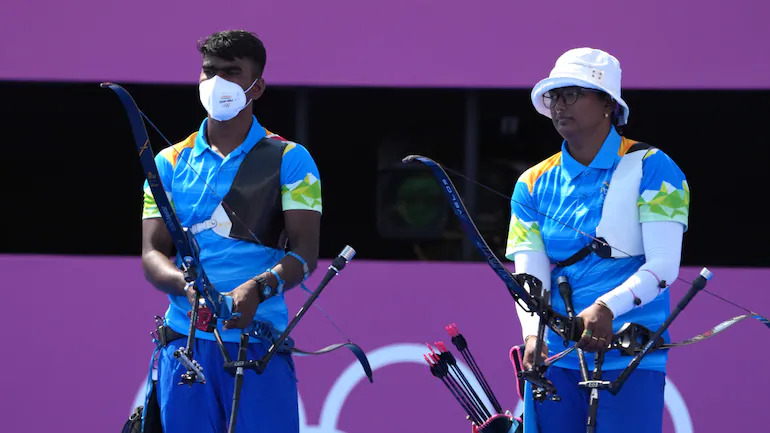 Deepika Kumari had finished ninth with a total score of 663 out of 720 whereas, Pravin Jadhav finished with 656 points and was placed 31st during the women and men’s individual ranking categories on Friday.

Earlier on Saturday, an incredible performance by Deepika Kumari and Pravin Jadhav earned them a slot in the quarterfinals as they outworked the Chinese Taipei duo, Lin Chia-En, and Tang Chih-Chun, in the pre-quarterfinals with an emphatic 5-3 win.

However, the pair could not perform like their previous outing and fell short in the high-stakes quarterfinal clash, thus relinquished the chance of capturing a medal for India.

Tokyo Olympics: Archer Atanu Das crashes out after losing Round of 16 outing