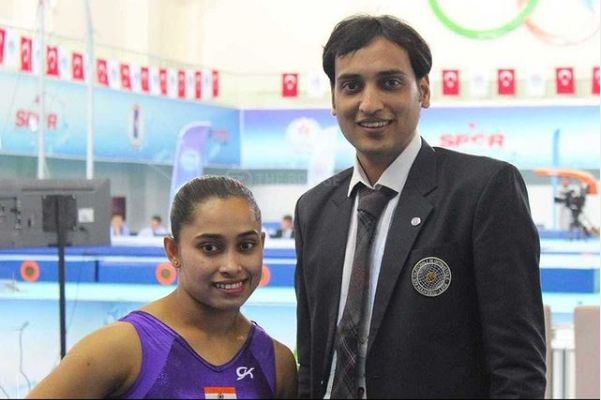 If not as a gymnast himself, Deepak Kabra will still be boarding the flight to Tokyo for the upcoming Olympic Games as he has become the first Indian to be elected as a gymnastics judge at the Games.

Hailing from Maharashtra, Kabra had taken up gymnastics at a later stage of his life, only to realise his rudiments for the sport was not strong enough to succeed in the field at that time.

Instead, he opted to become a judge and has already officiated around twenty international events, including the 2018 Asian Games and Commonwealth Games as well as the Youth Olympics in Argentina and the World Cups, to name a few.

The 33-year-old will be seen at the Tokyo Olympics as a men’s artistic gymnastics judge, as the 32nd edition of the grand quadrennial event sets itself in motion in the Japanese capital from 23rd July onwards.

Although he was confirmed to be a judge at the Olympics back in March last year, the COVID-19 pandemic arrived to pour water over his Olympics dream. Better late than never, Kabra is still excited to live his dream of the Olympics.

“I had got the invitation in March last year but then the Olympics got postponed and what followed was a nervous wait for more than a year,” an elated Kabra said in an exclusive interview with PTI, “I got confirmation again in April but with the COVID-19 pandemic still raging there was still uncertainty whether Olympics will actually happen. But I am happy that at last, I will be able to live my Olympic dream.”

Kabra picked up gymnastics in the year 2000 at 12 years of age, while he was residing in Surat. At that time, the infrastructures for the sport were not so great and despite trying his luck in multiple national events, including a 2007 National Games participation and becoming a state champion in Gujarat from 2005 to 2009, Kabra realised that his future was not as an athlete.

“My fundamentals were not strong but I had the passion so I started judging,” Kabra went on, “my coach Kaushik Bediwala was also a judge, so I took inspiration from him and soon took a course and topped it in 2009.”

“It takes minimum of 12 years to reach Olympics and I was lucky to get it exactly after 12 years,” he added.

A category 2 judge, Kabra was the youngest judge at the 2010 Commonwealth Games. In 2018, he was also appointed as a member of the Asian Gymnastics Union’s technical committee.