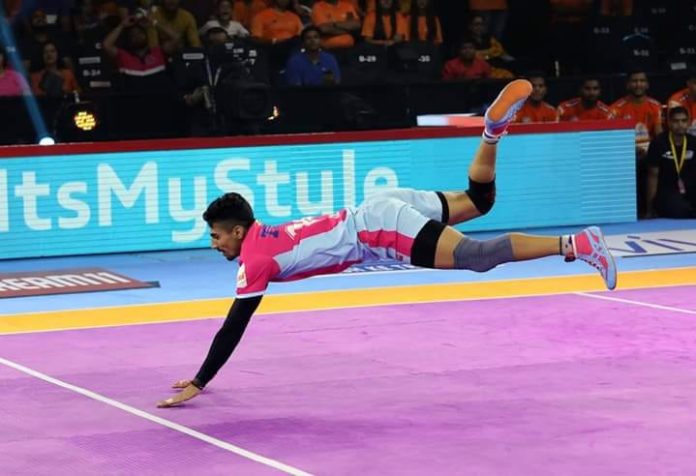 A solid All-round performance and yet another Deepak Niwas Hooda show helped the Jaipur Pink Panthers win against the Puneri Paltans with this win the Abhishek Bachchan owned Kabaddi franchise climbed the points table to the third position. Substitute Pankaj Mohite scored 8 raid-points but that was not enough as he wasn’t complemented well by other defenders and raiders. 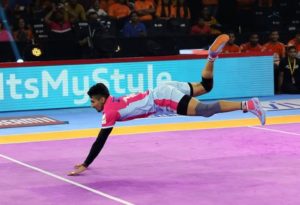 Fifth win for the Jaipur Pink Panthers in six games helped the Pink Panthers climb the ladder to 3rd position. A gutsy performance by captain Deepak Niwas Hooda ensured an easy victory for the season 1 champions. Te defense contributed nicely as both Sandeep Dhull and Vishal went on to collect 4 tackle points. Sandeep Dhull continued his superb form as he scored 4 tackle points. On the other Puneri Paltans looked decimated and were not looking in command. The only silver lining for Paltans was the form of Raider Pankaj Mohite who scored 8 raid points.