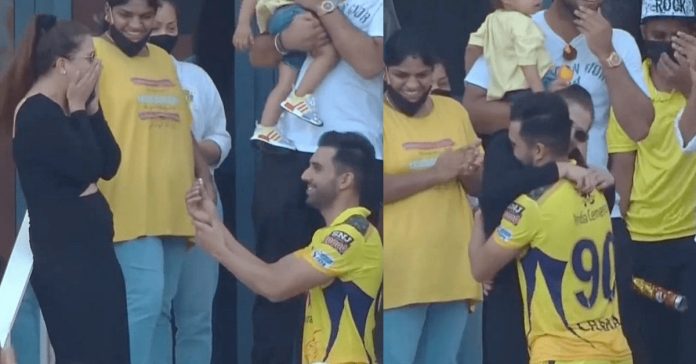 Chennai Super Kings (CSK) had a tough day against Punjab Kings at the Dubai International Stadium. But the players and fans witnessed a momentous occasion as Deepak Chahar proposed to his girlfriend Jaya Bhardwaj after the game. And thankfully for Chahar, she said yes!

The video of the proposal has gone viral. In the video, Chahar proposed to Jaya in front of Dhoni’s wife Sakshi, their daughter Ziva and other family members of CSK players. Chahar’s girlfriend instantly said yes and the couple shared a hug.

“Picture says it all, Need all your blessings #taken” Chahar wrote on Instagram while sharing a couple of pictures of his proposal.

He also shared a video of the moment on Instagram, captioning it “Special moment,” MS Dhoni acts as a big brother to Deepak Chahar. Deepak has himself revealed that Dhoni has helped him grow as a cricketer. According to former Indian opener Aakash Chopra, Chahar had spoken to his CSK captain MS Dhoni about his intentions to propose to his girlfriend during the UAE leg of IPL season. However, Dhoni had advised Chahar to do that before the playoffs, probably to not let his players get distracted from the all-important stage.

Hence, the 29-year old saw the perfect opportunity against PBKS as this was CSK’s last group stage match before heading on to the playoffs.

We congratulate Deepak Chahar and Jaya Bhardwaj for taking this exciting step together!

Rahul blows CSK away with quickfire 98 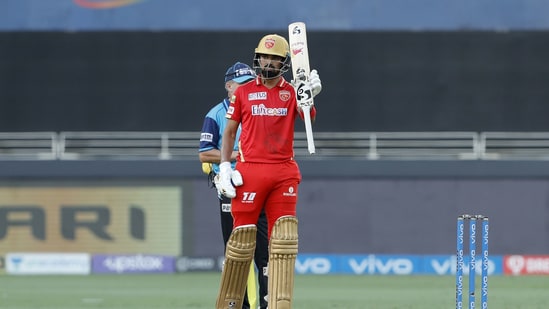 Speaking of the proceedings which took place before the good news, Punjab Kings decimated CSK in their final group encounter. Batting first, CSK could only manage 134 runs. Faf Du Plessis top scored with 75 runs off 55 balls.

CSK would have fancied their chances as they almost defended a similar total against DC. But Punjab’s skipper KL Rahul had other plans. He smashed the Chennai bowlers all over the park. Rahul nearly missed a well-deserved century and scored scintillating 98 runs off just 42 balls. His innings included 7 fours and 8 maximums. Punjab chased the total with 7 overs to spare.