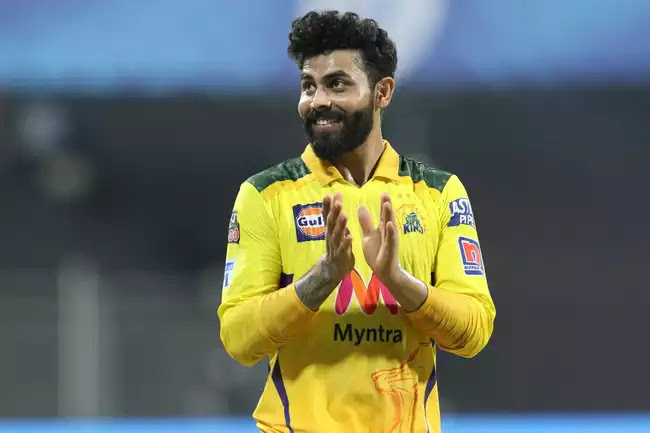 Chennai Supr Kings (CSK) has won their second game against Punjab Kings (PBKS) where Deepak Chahar did a bulk of the damage. While his stunning spell stole the limelight, Ravindra Jadeja too was back of it as his stunning fielding efforts dismissed Punjab Kings’ KL Rahul and Chris Gayle in Mumbai, which left everyone, including former England captain Michael Vaughan and Chennai Super Kings pacer Deepak Chahar surprised.

Both Vaughan and Chahar applauded Jadeja and said that he is the best fielder of India where the right-arm pacer even said that they need 11 Jadeja’s in the field for more wickets as well.

“He’s one of the best in the world, has taken so many catches off my bowling. I want 11 Jaddus on the field,” Chahar said after winning the Player of the Match award for his outstanding spell of 4 for 13 in his 4 overs.

Deepak Chahar also said that the Chris Gayle catch which Ruturaj Gaikwad dropped by chance off his bowling, Jadeja would have been taken with ease.

“First over, when the catch went to Ruturaj, it was a quick one, only Jaddu could’ve taken that so I was like he should’ve been there,” Chahar further added.

Notably, in the 3rd over of Punjab’s innings, Jadeja was involved in the dismissal of PBKS captain KL Rahul through a direct hit. Rahul and Gayle both stumbled in the middle for a few seconds and that was enough for him to throw the ball and knock the stumps down as well.

After a couple of overs, Chahar removed Gayle with a knuckle-ball that produced a leading edge. Jadeja, who was fielding near the cover-point region, dived towards his left to take a stunner. And, PBKS could only manage 106 for 8 in their 20 overs while batting first.

In reply, CSK never struggled in the middle as they chased down the target in 15.4 overs with 6 wickets in hand. With this comfortable win, they jumped to the second position in IPL 2021 points table from the last.

Chennai Super Kings will next take on Rajasthan Royals on Monday, April 19 at the same venue.