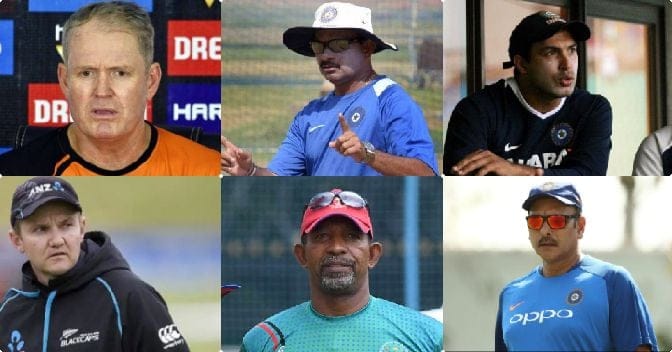 The Cricket Advisory Committee which is led by the former World Cup winning Captain Kapil Dev and consists of former Indian cricketers Anshuman Gaekwad and Shantha Rangaswamy will sit down and interview the six shortlisted candidates for the post of the Head Coach.

The six-shortlisted names for the post of head coach are – Lalchand Rajput, Ravi Shastri, Robin Singh, Mike Hesson, Tom Moody, Phil Simmons- have been informed about the interview date and time which is supposed to take place on the 16th of August. 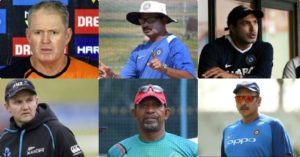 The board had reportedly received around 2000 applications for the post of head coach and various other positions which are vacant after the recently concluded Cricket World Cup.

The Indian Captain has batted for Shastri to remain the head coach of the Indian Cricket Team whose contract expires after the Caribbean series , the apex body of cricket in India the BCCI has made it clear that it wouldn’t take inputs from the Indian skipper. The CAC will interview and pick the head coach of the team where as the candidates for other positions will be selected by the chairman of selectors MSK Prasad.

Lets have a deep dive into the short-listed candidates.

Lalchand Rajput: The former India manager who had helped India win the test series in England and the Inaugural T20 World Cup in South Africa has been short-listed for the position of the head coach of Indian Cricket Team. Rajput was former Indian batsman and had an illustrative career as an opening batsman for the Bombay team. He was the Coach of Mumbai Indians in 2008 and also held administrative powers in the Mumbai Cricket Association. Under Lalchand Rajput the Afghanistan Cricket Team defeated the mighty Windies and were promoted to the full membership. He was then replaced by Phil Simmons in 2017.

Ravi Shastri: The current Indian Cricket team head coach and former Indian all-rounder and world cup winner will look to get his third term as the Indian team head coach. The former first managed the Indian cricket team way back in 2007 for the tour of Bangladesh after India’s ouster in the cricket world cup. The former Indian All-rounder is a known face and was also part of the broadcasting unit. The former all-rounder was the first Indian to score six sixes in a first class game. Known to be a fan favorite and a good man manager, Ravi Shastri could well be in for a third term.

Robin Singh: The former Indian All-Rounder and former Indian fielding coach has had ample experience of coaching as he started coaching soon after retirement. He has the experience of coaching the  India U-19 cricket team and has also coached the Hong Kong cricket team in 2004 helping them to qualify for the Asia Cup in 2004. Known to be a prolific fielder in his playing days Singh was the fielding coach of the most successful IPL franchise Mumbai Indians. He has also coached the Barbados Tridents in the Caribbean Premier League , Khulna cricket divison in the Bangladesh Premier league and the Karaikudi Kaalai in the Tamil Nadu Premier League.

Mike Hesson : The former New Zealand coach and former Kings XI Punjab coach Mike Hesson has also been shortlisted for the post of India’s next head coach. Mike Hesson has had his share of experience with Argentina and Kenya cricket team. He replaced John Wright as the coach of the New Zealand Cricket team and had successful results with the team, known to be a calm and composed human being,he is also shrewd brain on the cricket field. There have been reports that he is also running for the post Pakistan’s head coach after the PCB removed Mickey Arthur as the head coach of Pakistan Cricket team.

Phil Simmons: The former Windies opener and the former Afghanistan head coach has also been shortlisted for the post of India’s next head coach. Simmons who retired from international cricket in 2002, was appointed as the coach of Zimbabwe Cricket Team in 2004 and then succeeded Adrian Birrell as the coach of Ireland after a successful cricket world cup in 2007. During his tenure Ireland won 11 different trophies qualified for world cups. In 2015, he was offered the job by his native and he led them to the second World T20 trophy after the Windies defeated England by 4 wickets in Kolkata.

Tom Moody: The former Australian Cricketer and former coach of the Sri Lankan cricket team has also been shortlisted for the post of India’s next head coach. Moody who won the world cup with Australia in 1999 retired from the sport in 2001 and since then has been coaching different teams and countries. He has also coached the Kings XI Punjab and Sunrisers Hyderabad in the Indian Premier League. Under his guidance the Sunrisers Hyderabad team won the IPL in 2016.

Ajinkya Rahane sleeps with a pink ball next to him: Virat...