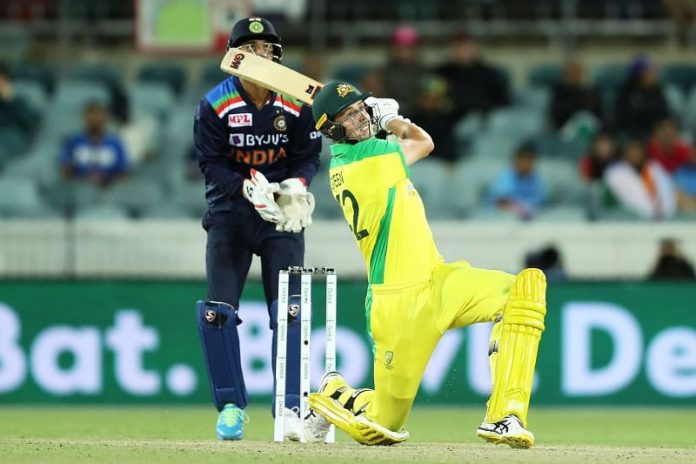 Cameron Green made his ODI debut for Australia in their narrow loss to India in the third and final ODI of the series. The all-rounder, who scored 21 in his debut innings shared an instance during his time at the crease involving KL Rahul.

The 21-year-old had come out to bat in a delicate situation during their run chase of the 303 run target set by the Indians. Coming onto the crease expecting a hostile treatment considering the nature of the rivalries between the two nations, Green was taken aback when India’s vice-captain KL Rahul had some warm words for him.

Donning the gloves behind the stumps, Rahul enquired whether the youngster was nervous or not. The words made Green feel very welcome, who had not expected this kind of treatment at all.

“I was actually taken back with how nice KL Rahul was behind the stumps. He asked me whether I was nervous or not and I just replied saying ‘Yeah, I was a little bit nervous’. He was like ‘Yeah, go well youngster’ type of thing. So I was actually a bit taken back,” Green said after the match.

Green had a light glimpse of the competitiveness between the two sides when the two captains tried to unnerve each other during the first innings in Canberra. To conclude he claimed that he will always remember the moment with KL Rahul.

When debutant Cameron Green arrived at the crease for the first time, he got words of encouragement from wicketkeeper @klrahul11 🙌https://t.co/IifpZ7uCgh #AUSvIND pic.twitter.com/dQMoLiqhHe

“I thought it would have been pretty opposite because (while bowling), I think Virat was trying to be pretty loud at the time. Finchy tried to get under his skin with a couple of words. So yeah, I was a bit taken back with how nice that was. I’ll remember that forever,”

After attaining an unassailable 2-0 lead, the hosts opted to rest some of their key players, paving the way for Cameron Green to breakthrough into the side.

Before play, the all-rounder was handed his ODI cap by former captain Steve Smith and in the process became the 230th player to represent Australia in the format.

The pacer proceeded to bowl four overs in the first innings against the Indian top-order. He returned figures of 0-27 in the early and only spell. Walking in at 114-3, Green was able to score 21 off 27 before holing out in the deep off Kuldeep Yadav’s bowling.