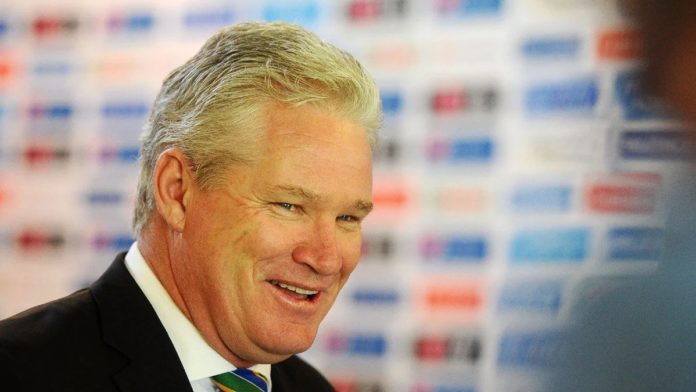 The 59-year-old, who was working on the IPL 2020 broadcast from the Mumbai studios, suffered a cardiac arrest at around noon.

It is learnt that Brett Lee, his fellow IPL commentator with Star, tried to give him CPR but in vain. On Thursday morning Jones had breakfast with Lee and another commentator, Nikhil Chopra.

Jones was in India as part of IPL‘s official broadcaster commentary team and was staying in a bio-secure environment in a Mumbai hotel.

He famously hit a double-century against India in the tied Madras Test of 1986.
Star India confirmed the news in a statement on Thursday saying the Australian died of a sudden cardiac arrest.

“It is with great sadness that we share the news of the passing away of Mr Dean Mervyn Jones AM. He died of a sudden cardiac arrest. We express our deep condolences to his family and stand ready to support them in this difficult time. We are in touch with the Australian High Commission to make the necessary arrangements,” Star said in a statement.

“We express our deep condolences to his family and stand ready to support them in this difficult time. We are in touch with the Australian High Commission to make the necessary arrangements. He was a champion commentator whose presence and presentation of the game always brought joy to millions of fans. He will be sorely missed by everyone at Star and his millions of fans across the globe,” Star India further added in the statement.

No, Deano. No. I am speechless. And in shock. And refusing to accept.

Post his playing days, ‘Professor Deano’ as he was famously known worked as an expert in media and as a commentator. With his distinctive style and in-depth analysis, he made ‘the dugout’ a famous show for cricket connoisseurs. Along with fellow Australian commentator, Jones is considered one of the revolutionaries of the modern-day media with his analytical way of narrating the game to the viewers.

Via The Select Dugout, Jones was specifically popular as he entertained the IPL fans with more predictions, drive a better understanding of “why” the match is unfolding a certain way with contextual analysis and unrivalled use of technology in cricket broadcast.
In short, he was a purist’ joy as he took the viewing experience a notch up with real-time demos and analytical approach. Cricket fraternity will surely be a poorer place without a stalwart in Dean Jones.

Are umpires ruining the quality of cricket?